Giorgio de Chirico, The Evil Genius of a King 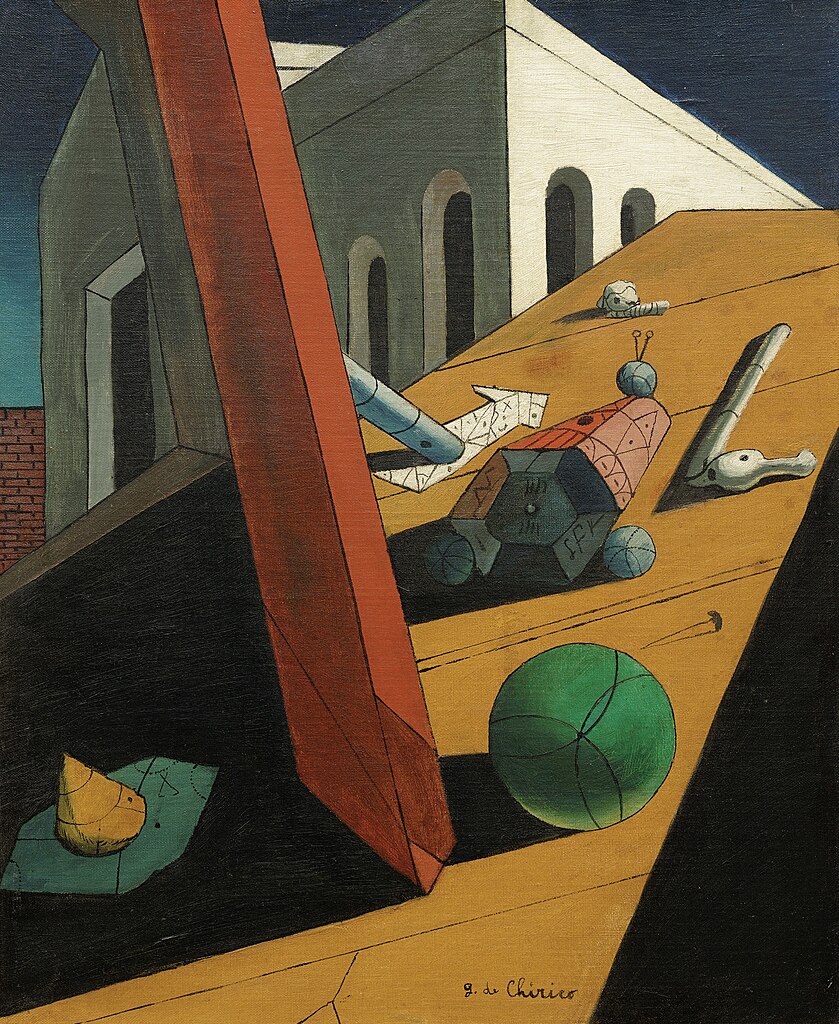 Giorgio de Chirico (1888-1978) was a major Italian artist.  Born in Greece to a Genovese mother and Sicilian father, de Chirico studied art in Athens and then at the Academy of Fine Arts in Munich, where he also read the works of major German philosophers like Nietzsche and Schopenhauer.  De Chirico returned to Italy in 1909, first spending time in Milan where he developed his signature style, which he would later call Metaphysical Art, with the piece Enigma of an Autumn Afternoon.  The movement blends Classical architecture with dream-like metaphysical elements, usually highly geometric.  The movement naturally had a profound influence on Surrealism.  While de Chirico explored other styles throughout his career, it is these metaphysical pieces for which he is best remembered.  The Evil Genius of a King (Le mauvais génie d'un roi) is a prime example of the style, with its prominent use of architecture, geometric objects strewn across the surface, and the intense use of sunlight.  The painting challenges our perceptions of space and distorted relationships.  The plane is so tilted as to make the scene physically impossible, but the sphere stays put and does not roll down the ramp.  The painting is poised in an untenable point in space and time—precarious, yet eternally fixed for our viewing.
Posted by David B at 9:07 PM