Pierre Puvis de Chavannes, Young Girls on the Edge of the Sea 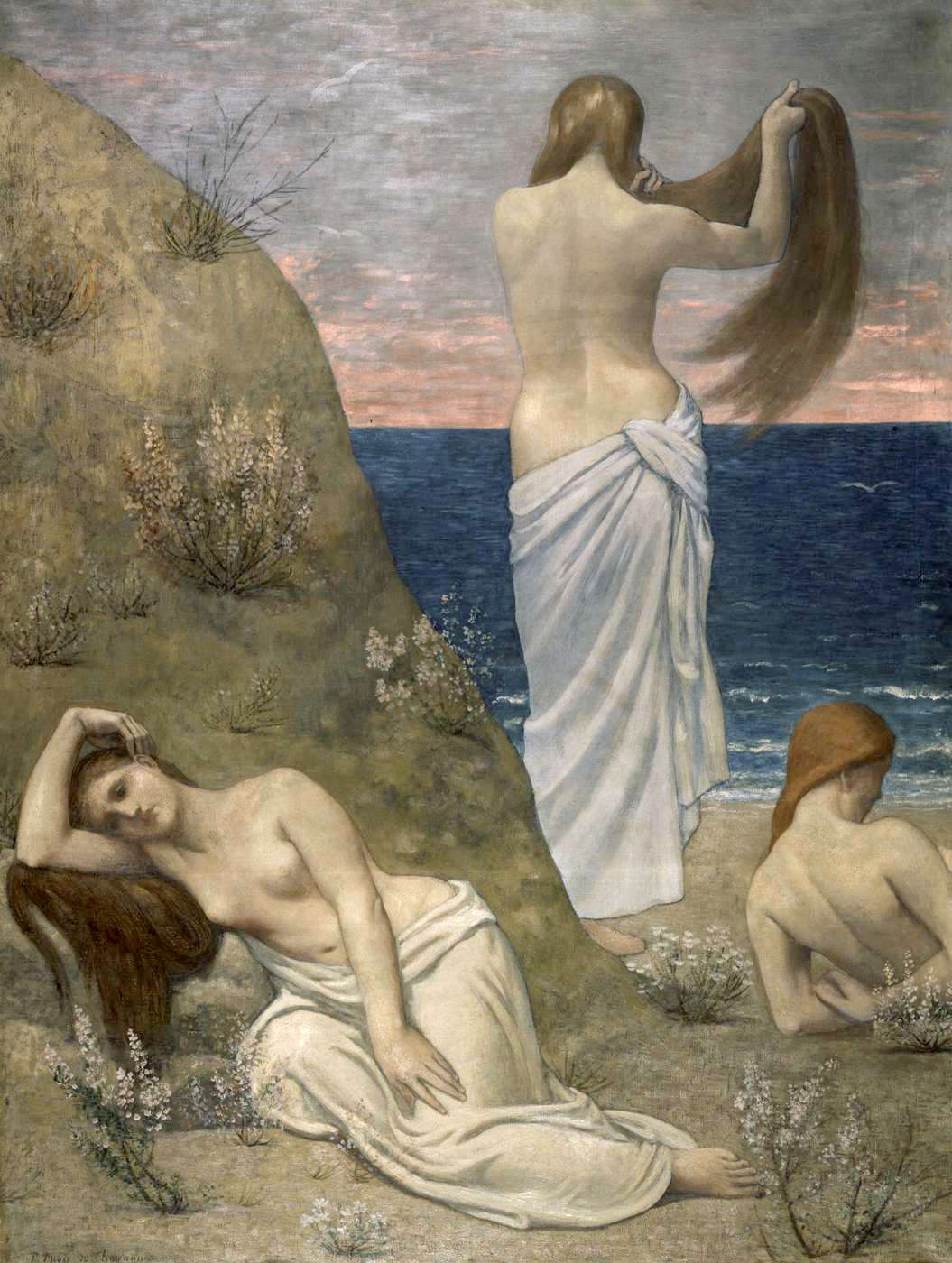 Pierre Puvis de Chavannes (1824-1898) was a prominent French Symbolist painter.  Born near Lyon as Pierre-Cécile Puvis, his father was a mining engineer who was descended from a noble family of Burgundy.  Throughout his life, Pierre identified strongly with the noble lineage of the Burgundians and later added the ancestral 'de Chavannes' to his name.  Puvis attended Amiens College in Paris, intending to follow his father's profession before a serious injury disrupted his plans.  He traveled to Italy as part of his convalescence and was transfixed by the art he saw. When he returned to Paris in 1846 he announced that he had decided to become a painter.  He was apprenticed to several painters, but found he preferred to work alone, taking anatomy classes at the Académie des Beaux Arts.  He had his first showing at the Salon in 1850, but it took many years for him to gain wide recognition.  Puvis is best known for large-scale murals; his work often has fantastical, pastoral, or allegorical themes, drawing on the inspiration of Classical art.  Puvis also did a number of religious paintings, the occasional portrait, scenes of peasant life, and some very interesting pieces that are difficult to classify.  Among his most famous pieces is the large mural The Sacred Grove Beloved by the Arts and Muses (1884-89).  Young Girls on the Edge of the Sea is in many ways characteristic of Puvis's work; it has an idyllic setting, soft colors, and Classical modeling of flesh and bodies.  However, there a less polished element to this painting that to my eye gives it its life.  Rather than the intensely sculptural appearance that Puvis's figures often have, this painting exhibits a greater degree of naturalness.  There is a certain roughness in the brushwork, particularly visible in the sky, that conveys engagement and emotionality.  The textures of the plants, ground, clouds, sea, hair, and flesh are all portrayed effectively and with great care.  In shaping these women's bodies, Puvis deviated somewhat from Classical poses, imbuing the figures with life and motion.
Posted by David B at 10:23 PM