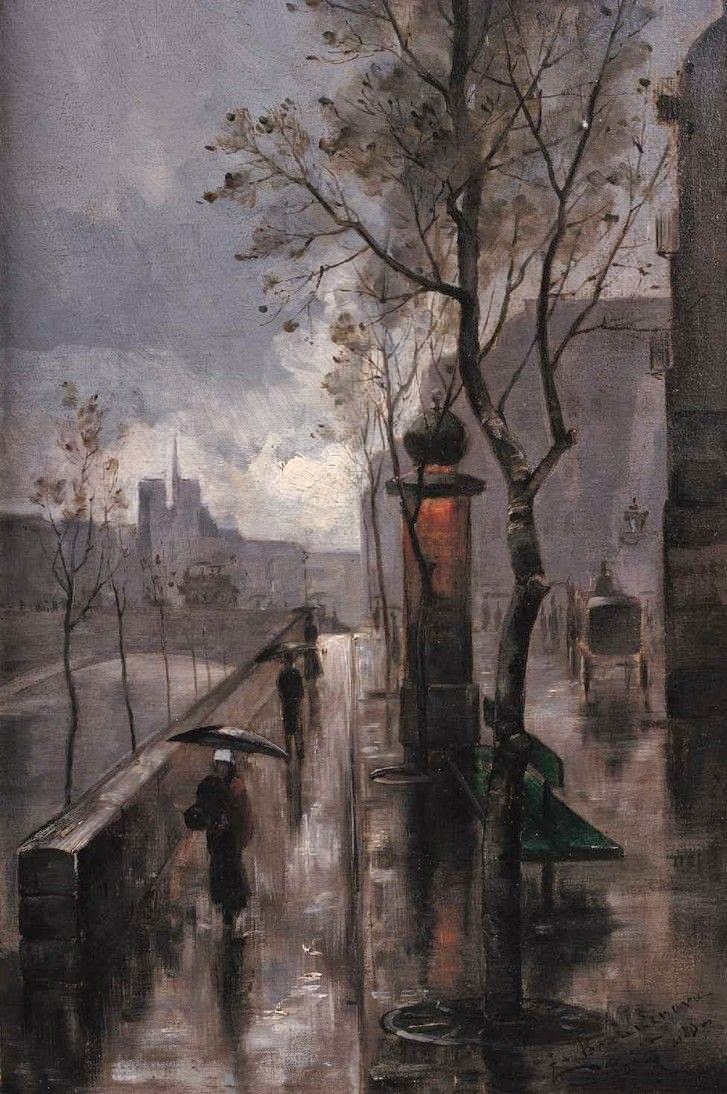 Zdenka Braunerová (1858-1934) was a prominent Czech painter and graphic designer.  Born in Prague to upper class parents (her father was a successful lawyer and imperial councillor and her mother was a noblewoman), Braunerová showed an interest in painting and drawing from her time in the nursery.   Much of her work consists of landscapes and cityscapes.  She spent a significant amount of time in Paris and was inspired by both the city and the people she met there.  In her later career, Braunerová largely turned to graphic design.  This mostly consisted of printmaking, but she also explored metalwork and stained glass.  From Paris is one of the many works inspired by Paris, and offers an interesting portrait of the city.  We see the streets engulfed in a torrential rain.  The sidewalks are so drenched that they are as reflective as a lake.  The entire scene is washed in grey, but Braunerová still managed to make the scene glow.  The sidewalk reflects, not just the grey clouds, but also the glimmer of sunlight that shines through in the background.  Although the rain seems cold and harsh, she evokes the rejuvenating power of rain by placing a tree in the foreground, apparently just budding.  Throughout the painting there is a very interesting relationship between the forms and the brushstrokes themselves. Although Braunerová does not depict any individual raindrops in the scene, she uses her brushstrokes to convey the vertical motion, their falling paths, creating a painting of great beauty and expression.
Posted by David B at 9:17 PM