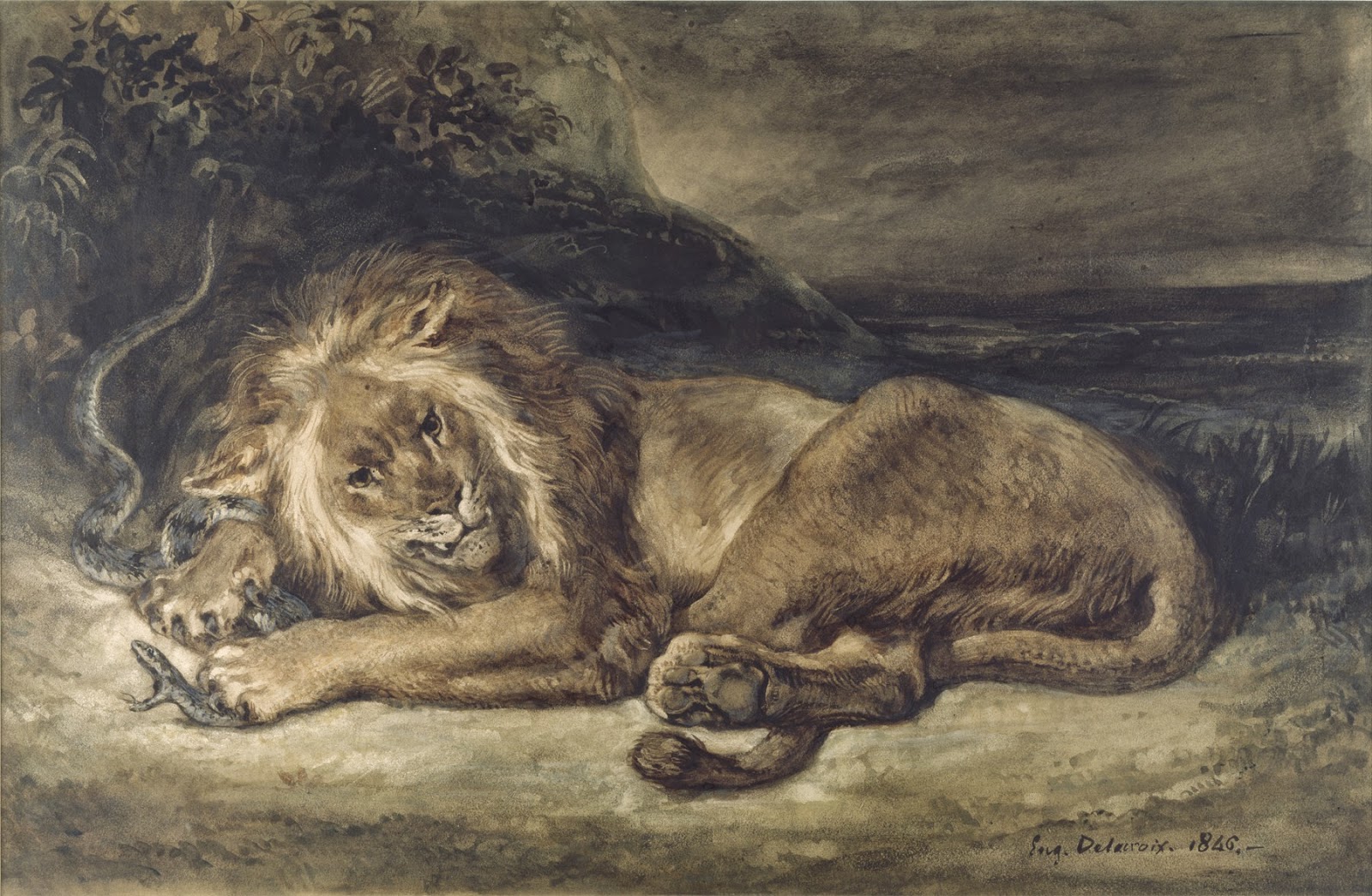 Eugène Delacroix (1798-1863) was one of the most important and influential artists of the 19th century.  His paintings draw on a wide variety of sources, from mythology and religion to contemporary literature and politics.  Here we see a rather simple scene.  The lion has captured the snake under his paw and remains calm while the snake writhes desperately to break free.  The rendering of the lion in this work is quite outstanding.  The fur and body are incredibly lifelike.  The face is beautifully detailed, his expression almost anthropomorphic in its depth and complexity.  Meanwhile the tense coils and anguished movement of the snake are expertly conveyed in the drawing and shading, ton contrast beautifully with the lion's stillness.  I personally find this painting quite intense and engaging, as though we could never finish staring into those lion's eyes.
Posted by David B at 7:57 PM