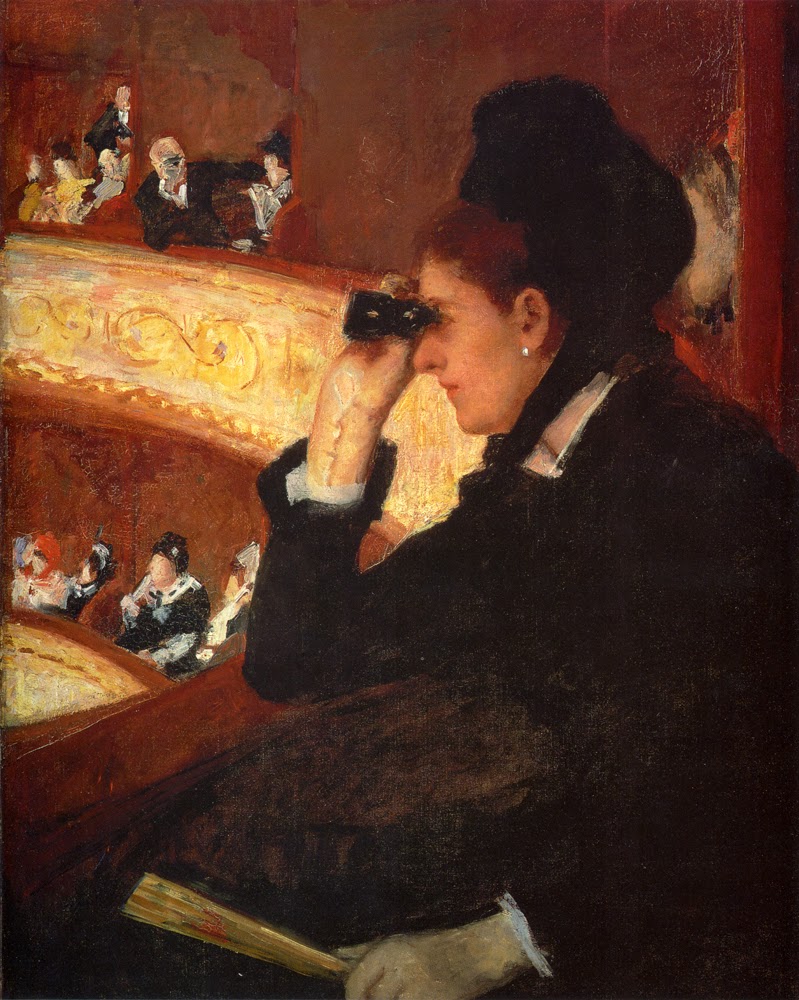 Mary Cassatt (1844-1926) was a major American painter who spent much of her life in France and was a core member of the Impressionists.  She was also instrumental in increasing the interest in Impressionism in America.  Born in Pennsylvania, Cassatt first traveled to France as a child and was first exposed to French art at the Paris World's Fair in 1855, where Ingres, Delacroix, Corot, and Courbet were exhibited.  She began studying at the Pennsylvania Academy of Fine Arts in Philadelphia at age fifteen.  Frustrated with the other female students who were not interested in art as a career, and female students being prohibited from using live models, Cassatt began teaching herself.  She moved to Paris in 1866 and studied under Jean-Léon Gérôme.  Her technique progressed immensely in these years, showing great promise in her academic painting. In 1872 she was accepted to the Salon and in 1874 she opened her own studio.  However when her Salon submissions were rejected, she was invited by her friend Edgar Degas to show with the Impressionists.  Many of Cassatt's works concern themselves with the private lives of women and children.  She shows great sensitivity for the nuances of these scenes, imbuing with both gravitas and joy.  The Opera is a rather different piece.  It depicts the modern French society that Impressionists were so concerned with.  One of the most interesting things about this painting is the pose of the subject.  She is not looking toward the viewer or facing us in any way.  Instead Cassatt depicts her facing the stage, engaged in the action of the performance.  This transforms the painting into one of observation, where the artist makes us a part of the scene.  This painting is a prime example of Cassatt's skill, with the molded brushwork and excellent use of perspective creating a very successful piece.  Notice also the man in the distance who is using his opera glasses, not to watch the performance, but to gaze at this woman instead.
Posted by David B at 8:59 PM