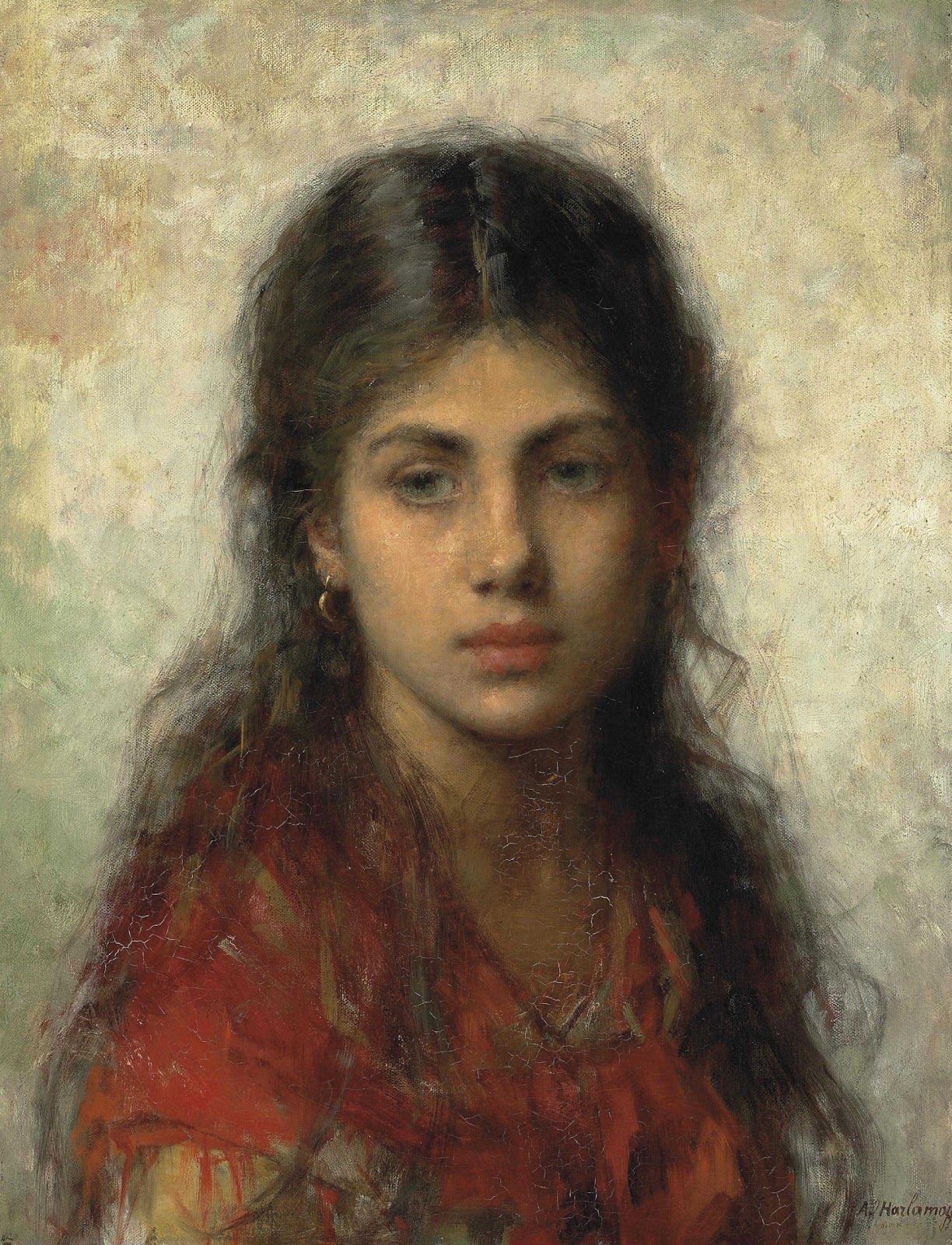 Alexei Harlamoff (1840-1925), also Harlamov, was a Russian painter.  He was born into a family of serfs near the Volga river.  His parents won their freedom in 1850 and in 1854 Harlamoff became a guest student at the Imperial Academy of Arts in St. Petersburg.  Three years later he won a silver medal for drawing and gained a place in the studio of a prominent history painter. Although he began his career with history painting, and a rendition of the prodigal son won him a gold medal and a scholarship aboard, he did not stay with the genre long.  He traveled across Europe, spending time in Italy, Germany, and France, where he stayed for many years. Harlamoff became immersed in portraiture and he remains best known for his many portraits of children and young girls.  He does not discriminate based on social class, and some of his most powerful works depict the poor and unfortunate.  He also worked in other genres, creating some exteriors and the thoroughly fascinating Artist and his Model (1875).  Girl with a Red Shawl is one of Harlamoff's throughly moving pieces.  This girl comes across so sad, yet powerful.  Her presence is potent and electric.  Harlamoff renders her with both delicacy and forcefulness, so that her character is effectively portrayed.  Her eyes look off center, away from the artist and the viewer.  We want to know what she is looking at, and her eyes are su beautiful that we want to stare at them.  Notice also the fine brushwork of her shawl; the strokes of paint are somewhat loose and thick, adding to the shabby appearance of the garment but making it instantly noticeable.  Harlamoff applies the same basic approach to the whole painting.  There is sorrow and misfortunate here but the painting is endlessly engaging and we cannot look away from this sad, beautiful girl.
Posted by David B at 7:09 PM