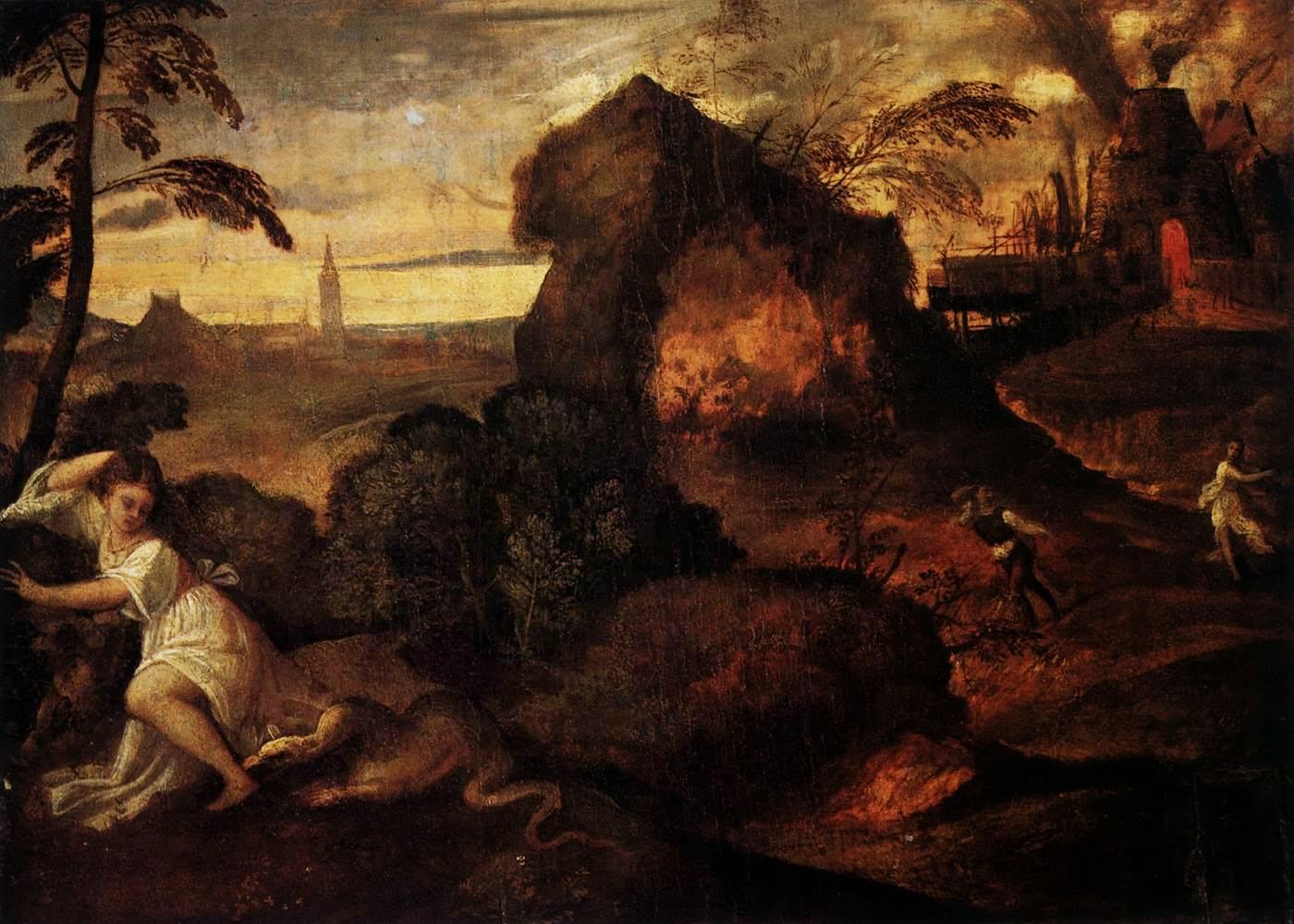 This early work of Titian's shows two scenes from the myth.  In the foreground, on the left, is Eurydice's death by snakebite.  On the right in the middle ground we can see the couple at the fateful moment when Orpheus looks back at Eurydice, sending her back to the Underworld.  These two moments comprise Eurydice's two deaths, first physical and then spiritual.  In fact to me this whole painting is about death.  Painted soon after the death of Titian's close friend, the painter Giorgione, this work differs markedly from the bright colors that mark much of Titian's career.  Instead, the myth is rendered in dark tones––browns and greys, sickly yellow––that convey the dark themes.  Titian even includes the entrance to the Underworld: the flaming doorway in right background.  Personally I think this is an extremely powerful painting.  Titian used this quintessential mortality myth, that asserts the inevitability of death, to grieve the death of his friend, and it moves me deeply.

Image: http://www.wikiart.org/en/titian/orpheus-and-eurydice#close
Posted by David B at 8:44 PM