Correggio, Leda and the Swan 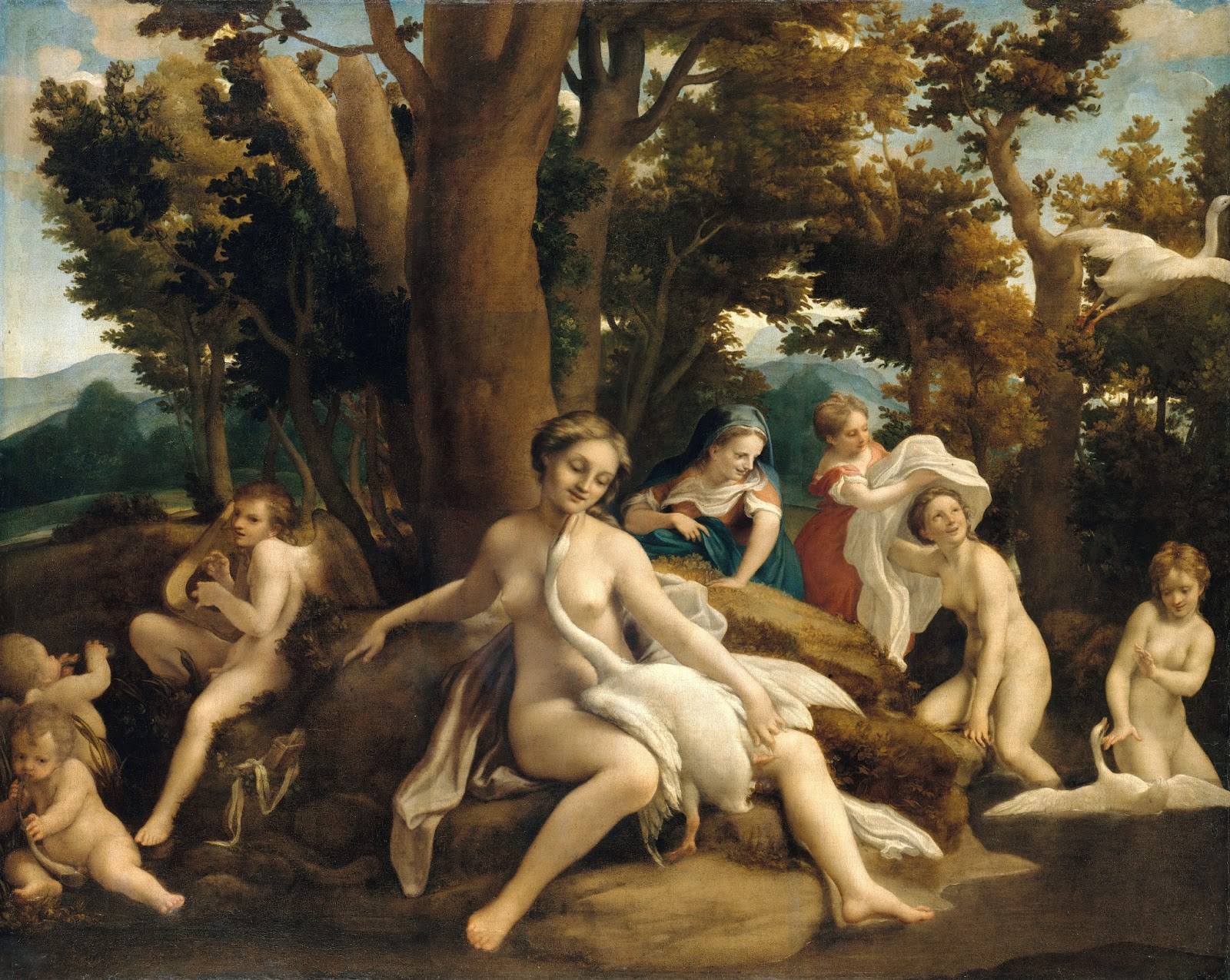 Antonio Allegri da Correggio (1489-1534) was a prominent painter of the Italian Renaissance.  He was a member of the Parma school and is especially known for his sensuous and dynamic mythological paintings.  In the original myth of Leda, Zeus transforms into a swan and rapes (or seduces) Leda.  Leda then lays one egg that contains the children of Zeus, Helen and Pollux, and one that contains the children of her husband, Tyndareus, Clytemnestra and Castor.  Correggio chose to elaborate on the story.  He shows a prior encounter from Leda's childhood where she plays with Zeus as a swan.  He depicts the encounter as seduction not rape, and Leda's expression shows her willingness to have sex with the swan, brazenly depicted in the center of the canvas.  Finally, Leda gazes fondly at the swan as it departs afterward.  This was one of four paintings Correggio did portraying the loves of Jupiter, all painted around 1531-32.  The others are Jupiter and Io, Ganymede, and Danaë.  All of these are quite sexual and Correggio's work continued to be controversial for centuries.  Leda and the Swan is a magnificent example of Correggio's skill.  This extremely large painting is masterfully executed, with fine brushwork and shading and beautifully rendered textures, such as the leaves and Leda's hair.  The painting is also a very progressive depiction of sexuality, particularly Leda's sexuality, as she first enjoys and then appears satisfied by the brief encounter.  Although Correggio did not have significant impact immediately after his death, he is now considered extremely influential on many subsequent artists and revolutionary in the development of painting.
Posted by David B at 8:47 PM