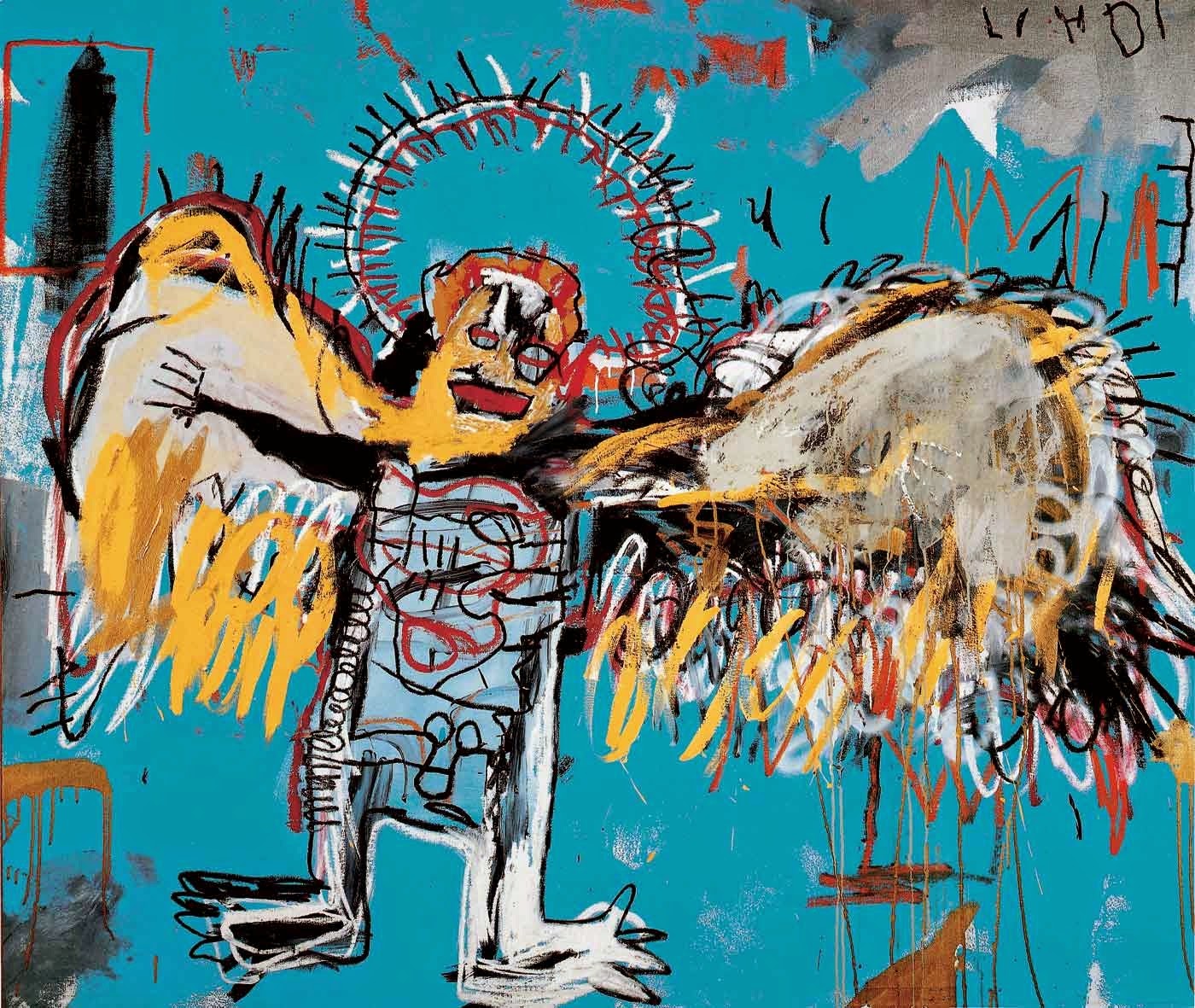 Jean-Michel Basquiat (1960-1988) began his artistic career as a graffiti artist in the late 1970s before rising to international fame in the early 80s.  Basquiat drew on many sources in his art, including world mythology, anatomy textbooks, philosophy, Leonardo da Vinci's notebooks, African and Native American imagery, and poetry.  His work is often considered to be exploring dichotomies, such as wealth an poverty, integration and separation, internal and external experience.  Although Basquiat resisted being labeled a "black artist", social commentary runs through much of his work.  This untitled painting, widely known as fallen angel, contains many elements typical of Basquiat's paintings.  It has bright colors, combined use of sharp lines and curved forms, intense symbolic imagery, self exploration, and a very deliberate impression of rough production.  This painting also has strong a resemblance to Native American imagery.  The figure of the angel is clearly human, with a developed face and even a penis, but it also suggests a bird, with talon-like hands and feet against a blue sky background.  The halo is quite jagged, suggesting a rope or barbed wire, or perhaps a crown of thorns.  The colors seem to be at war with each other, the white, black, red, and yellow all overlapping and causing a sense of chaos or danger.  It seems likely that Basquiat identified with this figure.  In 1981, his success was just beginning, but his rapid rise was coupled with an equally rapid descent.  This angel still appears to be in flight, but perhaps it's on its way down.  Basquiat struggled with addiction and died of a heroin overdose at the age of twenty-seven.
Posted by David B at 6:51 PM