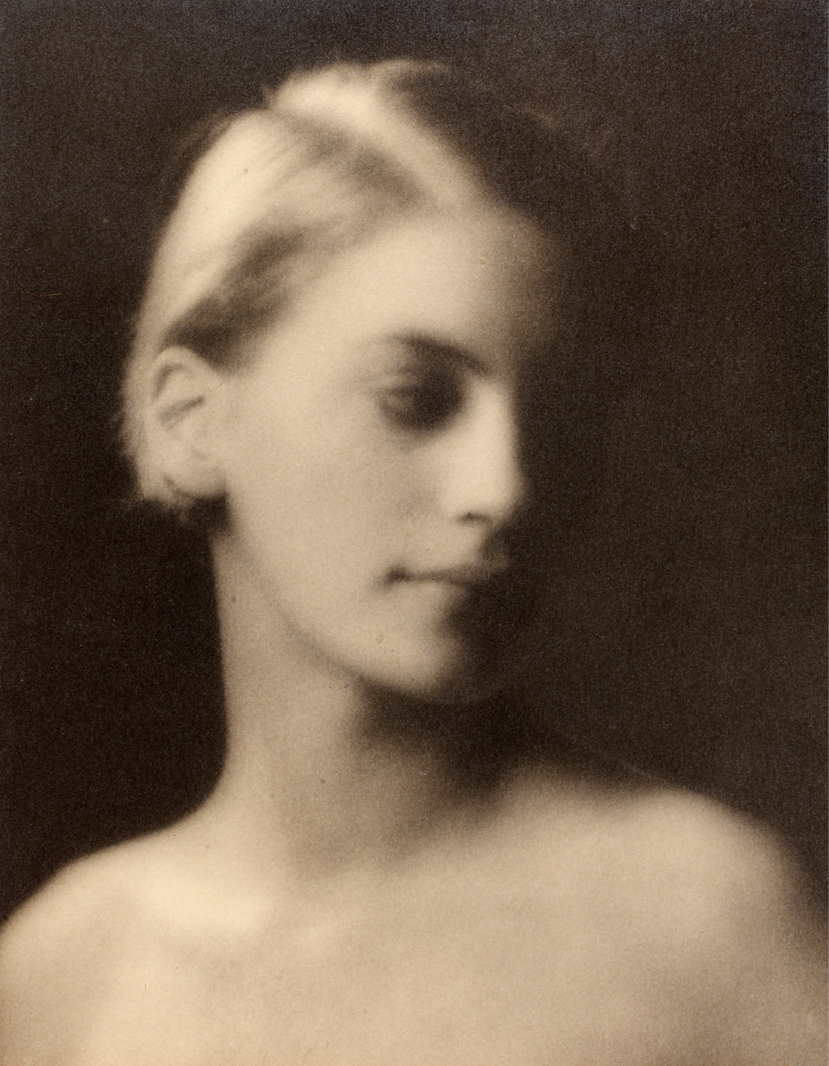 Arnold Genthe (1869-1942) was a celebrated photographer known for his pictures of San Francisco and his evocative portraits.  Born in Berlin, his father was a professor of Latin and Greek.  Arnold decided to study the Classics as well and attained a doctorate in philology.  He immigrated to San Francisco in 1895 to work as a tutor, and decided to teach himself photography.  Among his best known photographs are his images of Chinatown, where he was committed to authenticity and thus often hid his camera.  His are the only known photographs of the area from before the 1906 earthquake.  Genthe's pictures of the earthquake are also extremely important and powerful, offering a singular view of the effects of the disaster.  Genthe is also acclaimed for his powerful portraits, which have an intense energy and presence.  In 1925 he photographed Greta Garbo.  Lee Miller was a renowned photographer herself (whom I will cover tomorrow) known for her coverage of World War II.  However she began her career as model.  Genthe photographed her several times, often nude, and produced beautiful and interesting images.  This example from 1927 is softer than many of Genthe's photographs and has an intense play of light and shadow. Miller's own sensitivity and intelligence come through strongly.  The composition of the photograph, where Miller fills the frame (which differs from the nudes) and looks away from the camera and viewer, is quite engaging and the viewer is left unable to meet Miller's gaze.
Posted by David B at 9:21 PM