Titian, The Death of Actaeon 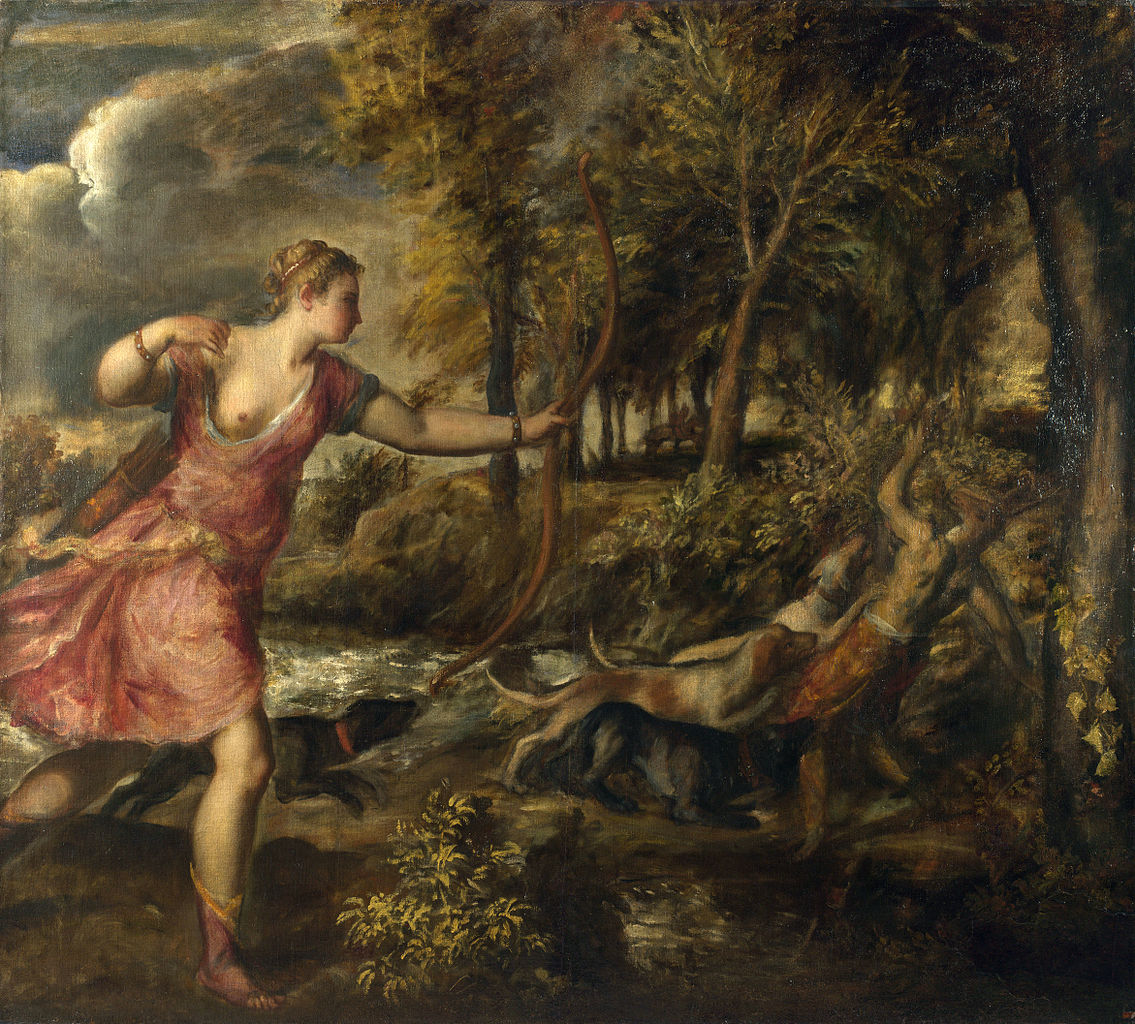 Titian (1488/90-1576) was one of the greatest masters of the late Italian Renaisance. As the leader of the Venetian school he created works of unparalleled sensitivity and expressivity of the brush. Titian studied with Giovanni Bellini and his early works in particular show the influence of his master.  Titian quickly moved beyond the compositional conventions of Bellini's tradition, creating works of great complexity and nuance.  One of his earliest masterpieces was his Assumption of the Virgin, a complex three-tiered composition that was the largest altarpiece in Venice at the time.  Titian's mythological scenes often display great narrative dynamism.  Among his most famous paintings is Venus of Urbino (1538).  While a majority of Titian's works utilize bright, warm colors, there are select number that have a tonal darkness similar to The Death of Actaeon.  Late mythological scenes, like The Flaying of Marsyas (1570-76), and religious paintings, like Pietá (1576) which was his last painting) demonstrate this, as do some portraits, like his 1567 self-portrait.  Perhaps the painting the Death of Actaeon most resembles is actually the very early Orpheus and Eurydice.  The story of Actaeon is that he was a hunter who either saw Artemis bathing or boasted that he was a better hunter than she.  As punishment she transformed him into a stag and set his own hunting dogs on him, tearing him apart.  Titian previously did a painting showing the earlier part of the story.  One of the most interesting aspects of Death of Actaeon is the depiction of him mid-transformation; we see him half man and half stag, yet already his dogs ripping at his flesh.  The brownish green of the forest reflects the gruesomeness of the scene.  The figure of Diana/Artemis herself is powerful and dominates the painting.  She hold her bow out, metaphorically hunting Actaeon.  She is certainly the brightest part of the painting, as though her divine power emanates from her.
Posted by David B at 8:18 PM