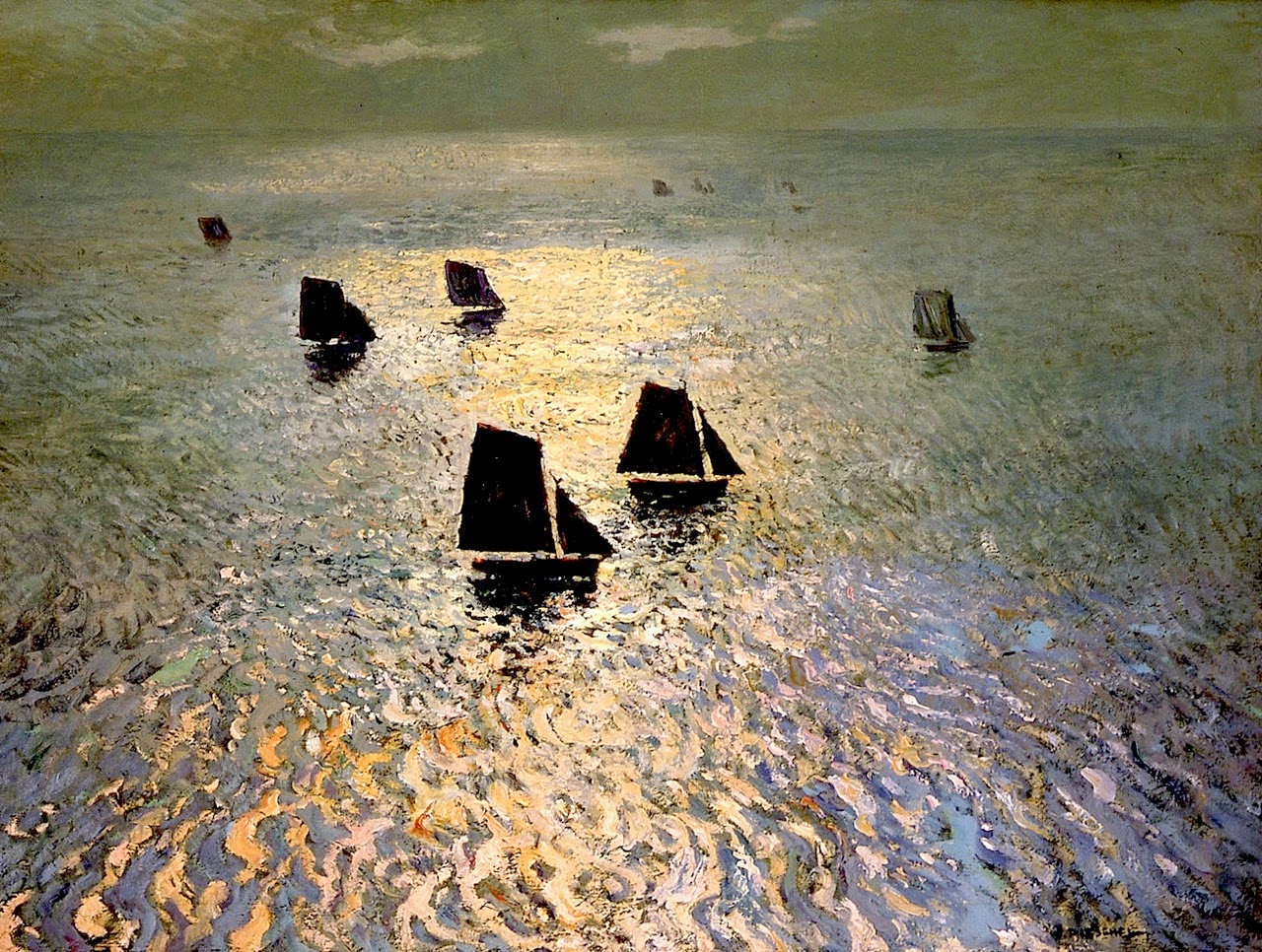 William Frederic Ritschel (1864-1949) was a German-American painter.  He was born in Nuremberg and as a young man became a sailor.  He began sketching seascapes and then formally studied at the Royal Academy of Munich.  In 1895 Ritschel emigrated to New York City before moving across the country and settling in Carmel-by-the-sea in 1911.  He continued to depict the sea throughout his life and moving to Monterey, California gave him the opportunity to paint the Monterey Peninsula.  Ritschel's paintings are on view in many major collections in the world, particularly throughout the United States.  Boats Returning Home is a beautiful examples of Ritschel's style and skill.  The expanse of the scene portrayed is quite striking, as is the relationship between light and water that is portrayed.  Although the sun is not visible in the painting, we can clearly see its position by the band of reflected light through the center of the painting.  The sun casts dazzling colors on the water.  Furthermore, the boats are in silhouette. They appear quite small in the painting, compared to the wide expanse of sea that Ritschel chose to include, so their homecoming, that is their return to safety, is a very happy occasion.  The way Ritschel conveys the movement of the water is quite skillful; using little more than concentric curves and squiggly lines we feel the sway of the tide, and the effect becomes less discernible as it moves further away.
Posted by David B at 7:33 PM