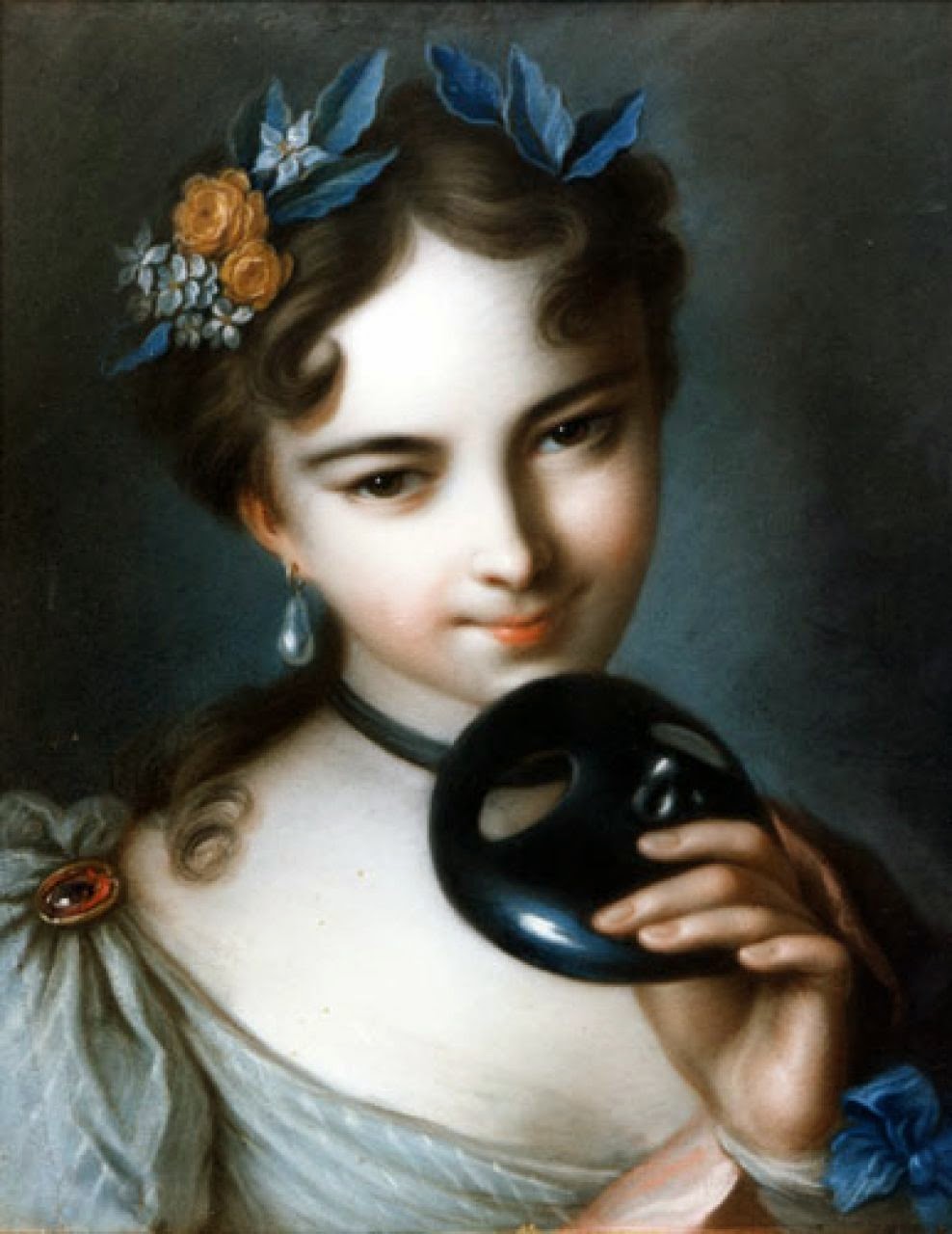 Charles-Antoine Coypel was a prominent French painter, as well as an art critic and playwright. Born to  family of artists, Coypel was born into a high place in French society, including inheriting his father Antoine Coypel's position as First Painter to the King.  Charles-Antoine also became director of the highly prestigious Académie Royale.  He was known as an extremely skilled designer of tapestries, such as his illustration of Don Quixote.  His paintings include large scale history paintings as well as many portraits.  Among his most celebrated works are a self-portrait and a portrait of Molière.  Young Girl Holding a Mask is a beautiful example of traditional eighteenth-century French portraiture.  Coypel's skill is evident throughout the work, successfully depicting the smoothness of her skin, the softness of her hair, the prismatic beauty of the pearl earring and gem, and the cool hard surface of the mask.  Meanwhile, although her dress is barely visible, Coypel successfully depicts the folds and drapery of the garment.  The liveliness of the subject makes this painting quite engaging.  Her hand is fully engaged as it holds the mask, which appears to just touch her chin.  Her face is beautiful and active.  She does not look directly at the viewer, instead gazing a bit further down, perhaps somewhat coyly with a slight smile.  Her dark eyes are alight with intelligence and interest.  When this girl puts on her mask, her bright eyes will be the only part of her face visible, but Coypel makes us feel that we would see her just as well.
Posted by David B at 7:27 PM