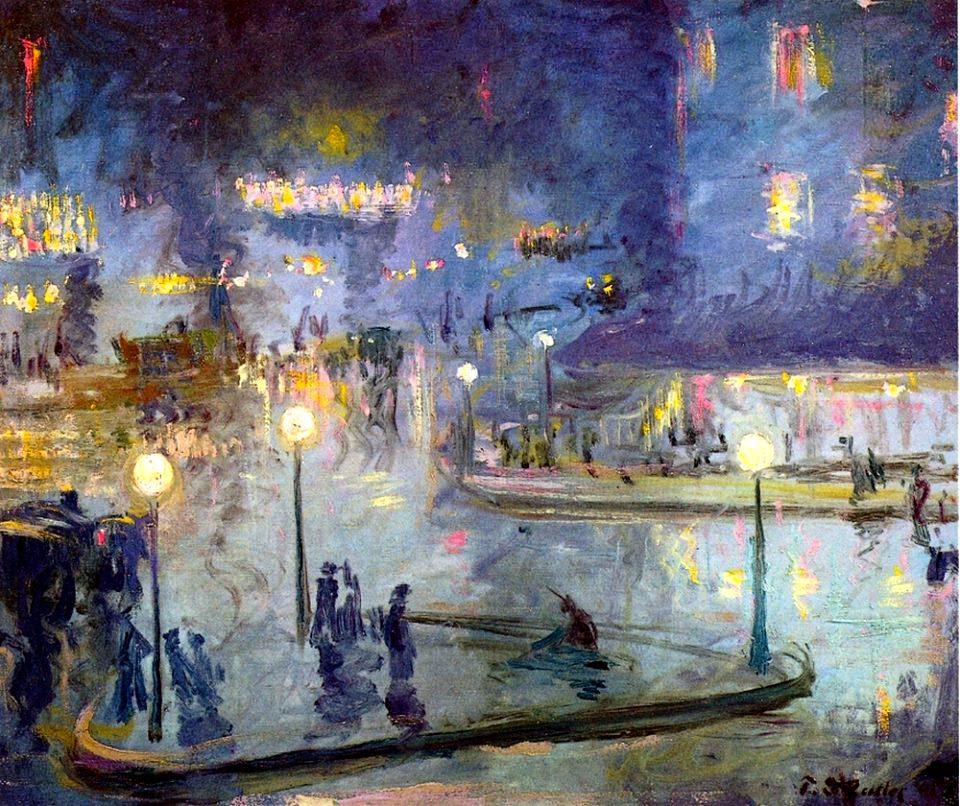 Theodore Earl Butler (1861-1936) was an American painter, often considered an Impressionist artist, although he was not officially associated with the group that founded the movement.  He was, however, a founder of the Society of Independent Artists, a group based in New York that championed the exhibition of avant-garde art in the US.  Butler was born in Ohio and studied at the Art Students League in New York before moving to Paris in 1886.  He won an honorable mention at the Paris Salon of 1888 and soon became close friends with Claude Monet.  Butler moved the Giverny and became part of a small group of American artists who learned from Monet at Giverny. In 1892 Butler married Monet's stepdaughter, Suzanne Hoschedé.  They had two children together, but Suzanne died in 1899 and Butler married her younger sister, Marthe. Monet's influence can be seen in much of Butler's work, both in subject and appearance.  Butler also explored Pointillism and Fauvism.  Throughout his career, Butler's work maintains a very hazy quality.  He sees his subjects through a blurred eye that causes the viewer to see the scene in a completely different way.  An excellent example of this is his view of lower Manhattan; the city seems to float as an island in the sky, as though Butler has captured the whole thing in his tiny view.  Place du Rome at Night is a somewhat different work for Butler.  Most of his works from his time in France, which comprised most of his life, are rural scenes of Giverny.  But here we see his impression of a lively Paris night.  In addition to Monet, we can see the influence of Pissarro here. The city bends and swerves in the streetlights and here the dense activity seems to be the haze we are looking through.  As space recedes, the scene gets more abstracted, as well as more densely packed with light and color.  Despite the late hour, dozens of people crowd the streets and sidewalks and every window appears lighted.  This is a scene of great excitement, as Butler witnesses the vivacity of the modern nightlife.  With his large brushstrokes and bright colors, it is almost as though the city itself is speeding by.
Posted by David B at 8:13 PM