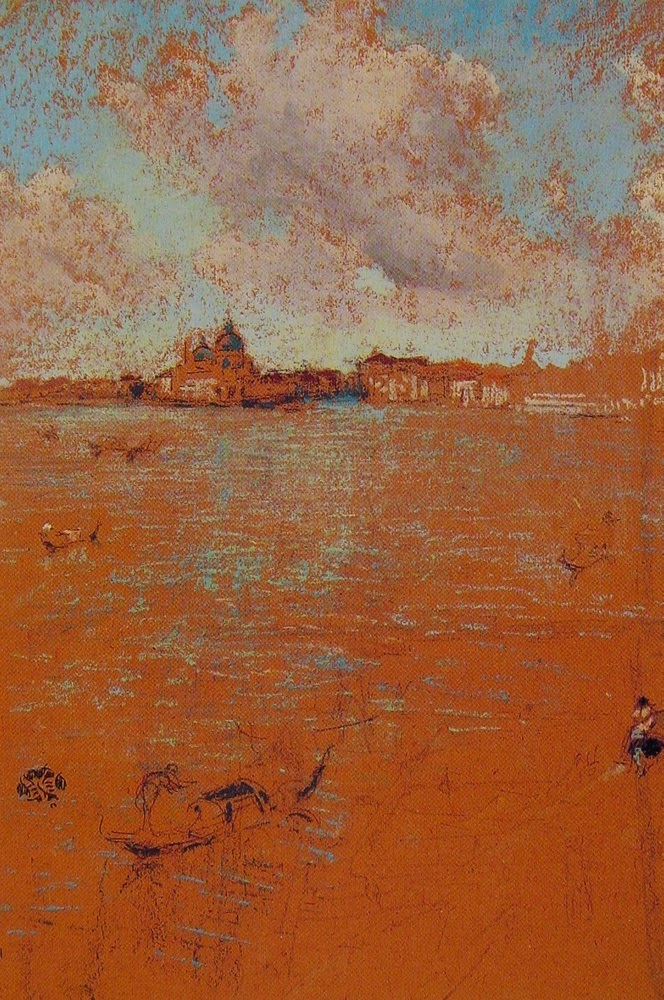 James Abbott McNeil Whistler (1834-1903) was born in Massachusetts and spent most of his life in England after studying art in France.  Generally considered one of the most important American painters, Whistler is often associated with the Impressionists and their predecessors (such as Manet, Courbet, and Fantin-Latour).  Thematically, Whistler does have some kinship with these artists, such as devotion to what one actually sees and interest in similar subject matter, such as water scenes.  However, Whistler does have a unique style that is quite evident in his most famous works, such as Arrangement in Grey and Black No. 1 (popularly known as Whistler's Mother) and his series of Nocturnes.  In 1879 Whistler received a commission for twelve etchings of Venice over three months.  He ultimately stayed for fourteen months, during which Whistler produced over fifty etchings, several nocturnes, watercolors, and over one hundred pastels, of which this piece is one.  This particular work is stunning in its color.  Whistler's use of this orange color to produce water, clouds, buildings, even figures is quite remarkable.  By using this same color throughout the composition, the piece becomes about texture instead, while the color gives it a very strong character.  With this technique, Whistler leaves the viewer engaged but kept at a certain distance; he conveys the mood of the city but leaves its actual appearance obscured and mysterious.
Posted by David B at 6:50 PM