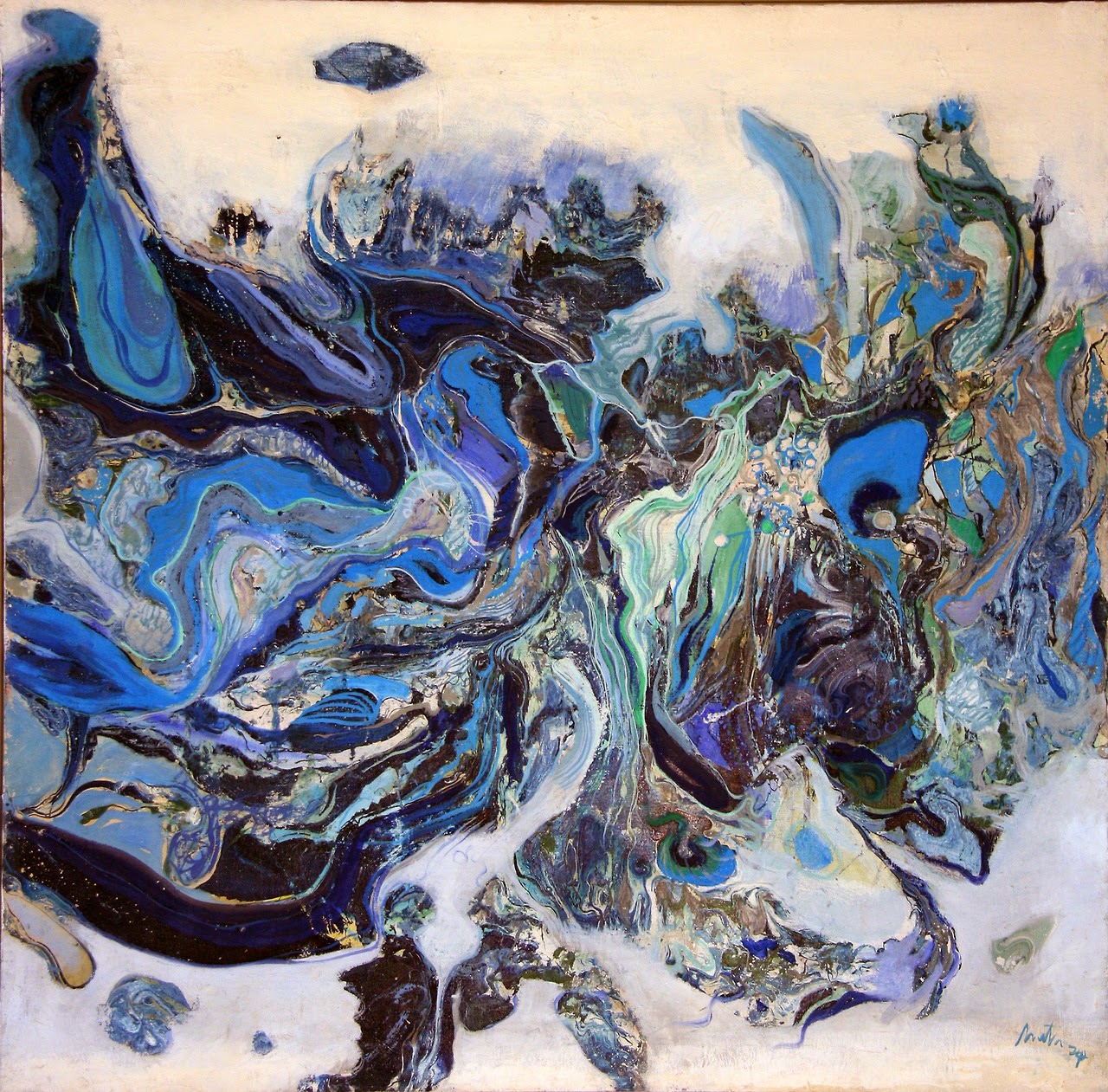 Romul Nutiu (1932-2012) was a Romanian artist who began his career in sculpture and conceptual art. When Nutiu moved into painting, his style was a very different type of abstraction that resembled some Dada and Expressionist works.  Soon, however, he found a style that was much more visceral and immediate.  Paintings like Dynamic Universe I are powerful expressions of emotion and struggle.  This piece depicts the chaotic flow of existence, a compelling portrayal of entropy.  Despite the chaos that seems to pervade the canvas, if we look closely (and keep the title in mind) we can discern a balance of shape and color that is really the vast movement of the universe.  Nutiu's command of color is astounding and his forms are actually quite precise and controlled.  The continual turmoil of the world is captured here, but Nutiu shows it, not with fear or overwhelming helplessness, but as something to embrace and join with.