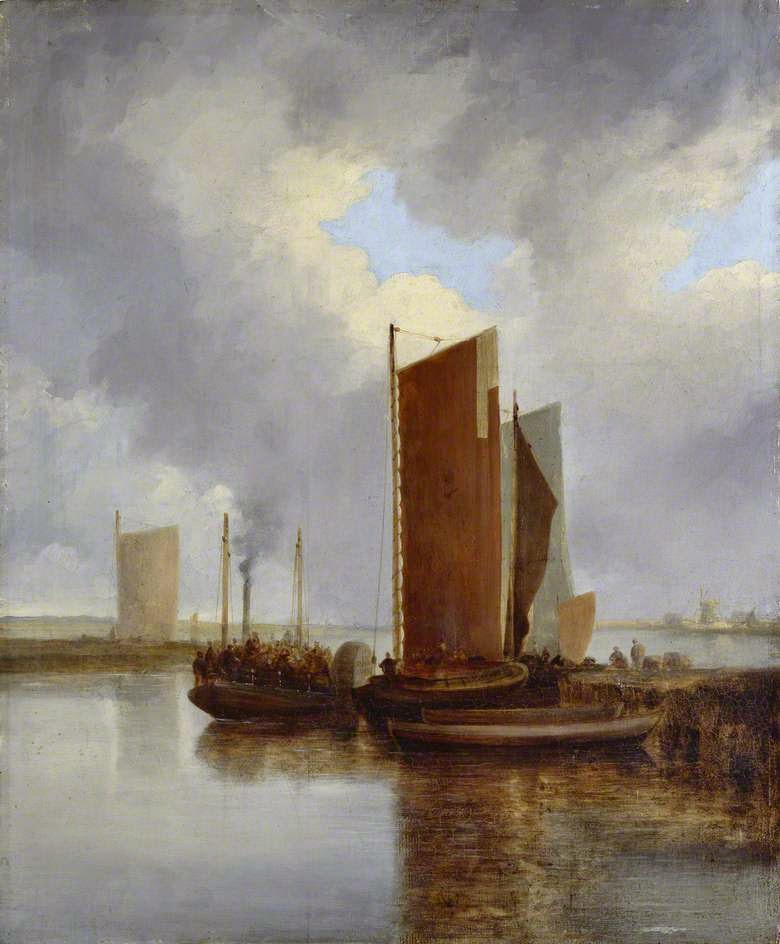 John Crome (1768-1821) was an English landscape painter, known for his scenes of Norfolk, where he lived his entire life.  He is a founder of the Norwich School of painters who were inspired by the scenery of Norfolk and influenced by Dutch Golden Age painters.  Crome was one of the first English artists to depict identifiable trees.  Most of Crome's works are landscapes of the forests and hills in Norfolk, but he also explored the extensive rivers and lakes in the county. This piece shows two jetties––or strips of land as it is not clear if they are natural or not––jutting out into the river basin, where a group of boats has moored.  In the distance we can just make out the opposite bank with a cottage and windmill.  Crome demonstrates great attention to detail, depicting individual people crowded on the boats.  Crome chose to include one steamboat amongst the four or five sailboats, indicative of the changing nature of travel at the time.  Among the most interesting aspects of the painting is the way Crome rendered the boats' reflections.  He accurately portrayed their mirror images, and successfully conveyed their hazy nature in the moving water.  Although generally considered a Romantic painter, Crome also tends toward Realism in this piece, striving to accurately depict the crowded boats and the people on them.
Posted by David B at 8:51 PM