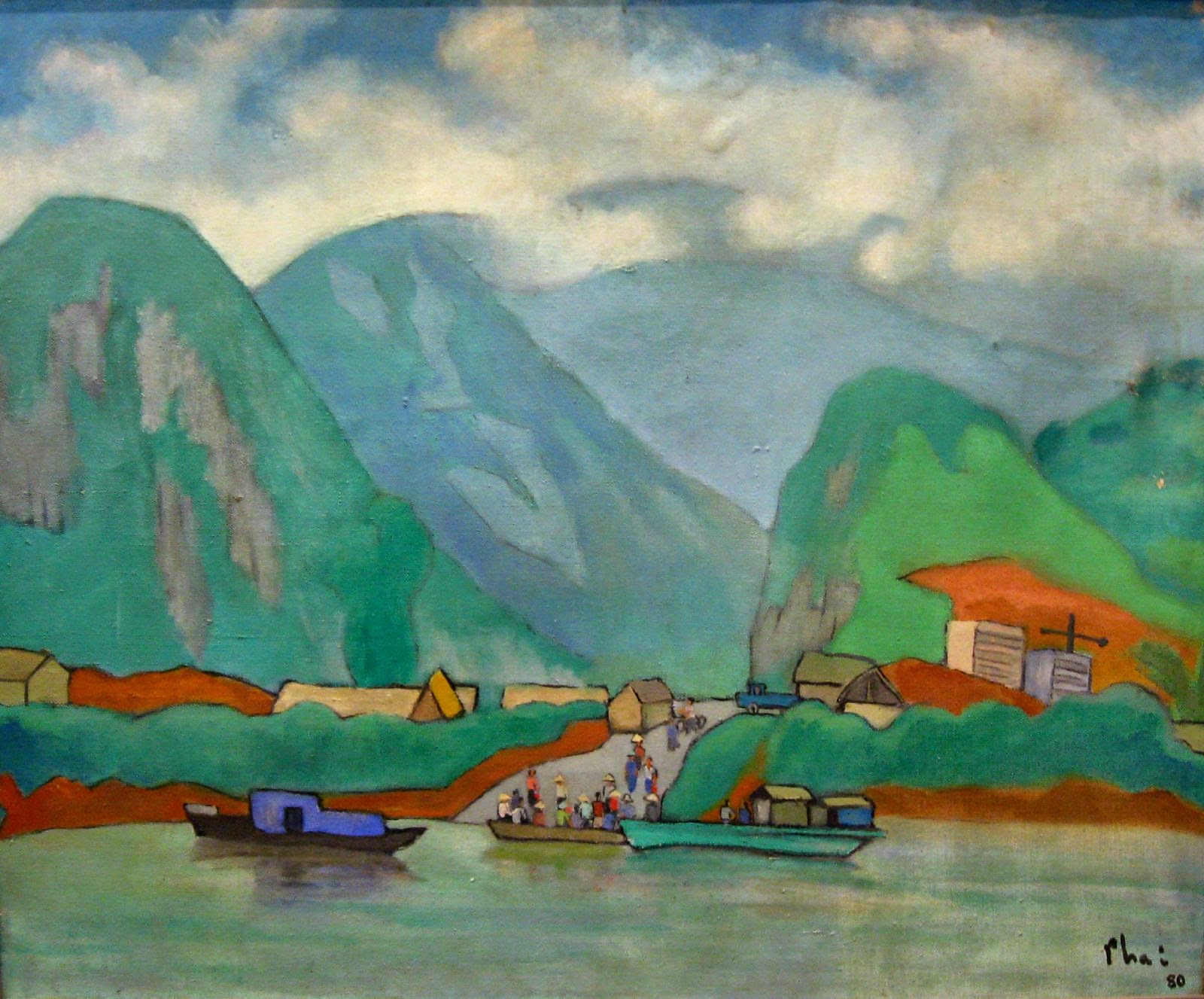 Bui Xuan Phai (1920-1988) was a Vietnamese painter, perhaps the best known painter in the country's history, and certainly the most celebrated of modern Vietnamese painters.  His career was very difficult due to the political situation and, in 1957 after a two-year stint teaching at the Hanoi College of Fine Arts, Phai was sent to a reeducation camp, dismissed from his post, and forbidden from showing his work in public.  This was due to his involvement in a political movement promoting political and cultural freedom.   To make ends meet, he worked as a commercial artist under pseudonyms, but he continued painting throughout the years.  In 1984 the ban was lifted and Bui Xuan Phai had his first solo show, which became the most successful solo art show up to that point in Vietnam.  He was posthumously awarded the Ho Chi Minh prize in 1996.  Phai is best known for his cityscapes, depicting the streets of old Hanoi.  These works depict a place and way of life that was quickly fading, and they speak to a nostalgia for this lost past in the people of Hanoi.  Phai also worked in many other styles and media, including landscapes like Da River.  This painting exhibits many traditional elements of Vietnamese art (which also appear to some degree in the traditional painting of China that is more familiar to most Western viewers, myself included) as well as a definite streak of modernism and a similarity to French painting, particularly Cezanne (of course the direction of influence here is hard to tease out since Impressionists borrowed so heavily from Eastern tradition).  The influence of French art is not unlikely, since Phai was part of the last generation of artists trained by the Vietnam University of FIne Arts, which was founded under French rule in 1925.  Da River is a simple scene, greatly enhanced by the great depth of feeling that is evident from the artist.  I can feel his love for this landscape and his fellow feeling for the people boarding this boat.  Each element is beautifully rendered, such as the reflection of the boats, or the way the fog envelopes the mountains. Finally, the overall softness of the painting, the gentleness of Phai's hand, both in the palette and the forms, makes the painting extremely warm and inviting.
Posted by David B at 8:30 PM