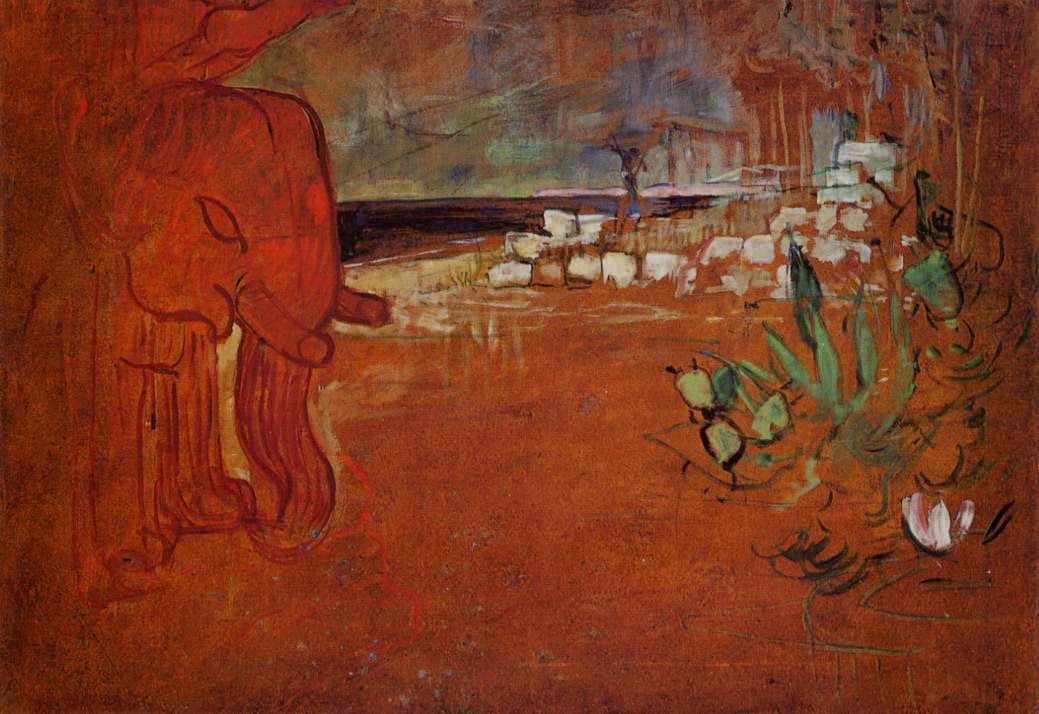 One of the most well-known Post-Impressionists, Henri de Toulouse-Lautrec (1864-1901) is probably best remembered for his posters and paintings of Moulin Rouge, posters that went far beyond commercial art to express the character of the Paris nightlife and the Bohemian community in Montmartre.  His illustrations are considered central to Art Nouveau  Due in part to his immersion in that lifestyle, Toulouse-Lautrec's paintings can be quite extreme, in both their exaggerated shapes and vibrant colors. Indian Design is an interesting piece in Toulouse-Lautrec's oeuvre.  In addition to the night club scene, most of his works are portraits and depictions of private homes or other aspects of French life, including the sports that his health prevented him from participating in.  In this piece, Toulouse-Lautrec depicted an exotic landscape (having traveled only has far as London), but the style is very unusual.  The sketch-like appearance (unusual for oils) suggests the distance of the scene as well as a certain amount of mysticism. There is also the slight suggestion of a curtain to the left of the elephant, alluding to the possibility that this is a set on stage.  I find the piece quite beautiful, and Toulouse-Lautrec applied a very delicate touch in applying these paints that gives the piece a sense of intimacy.
Posted by David B at 6:55 PM