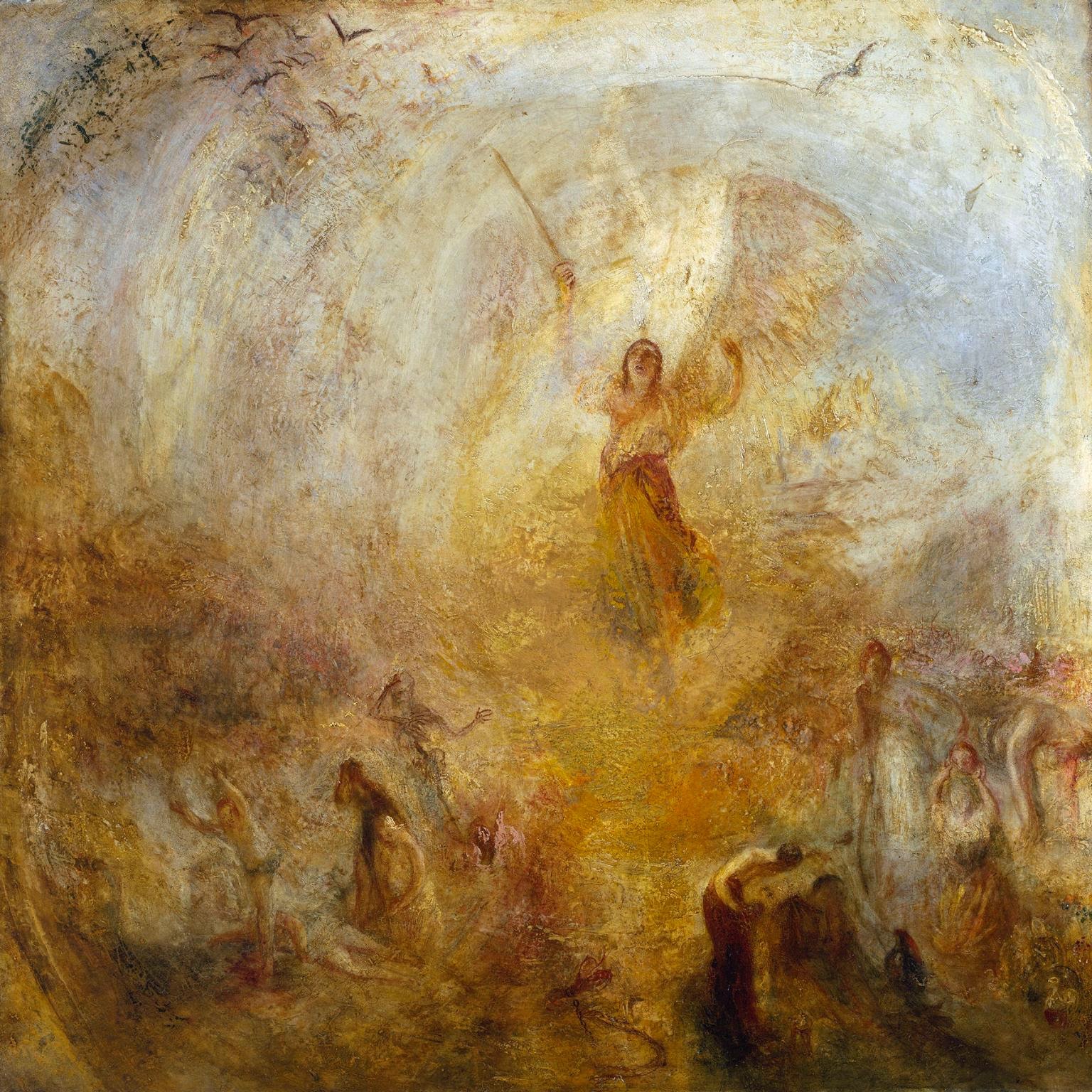 Today is my 100th post!  Since I wrote my first entry about a Turner painting, I decided to discuss another to mark the occasion.  Throughout his long career, Turner (1775-1851) explored many different styles, including large-scale history paintings of high drama that conform to the Romantic tradition, such as Mount Vesuvius in Eruption from 1817, quiet landscapes that tend more toward realism, like 1797's Moonlight, A Study at Milbank, and works that seem impossibly prescient, like this study of a sunset from around 1830, which prefigures Impressionism and even resembles Abstract Expressionism.  Angel Standing in the Sun is a very late painting, and seems to contain thoughts about the artist's death. This is indeed a biblical scene: the Archangel Michael appears on the Day of Judgment with his flaming sword, while Old Testament scenes are depicted in the foreground; Adam and Eve mourn the body of Abel, Judith stands holding the head of Holofernes, and Samson and Delilah appear together.  All of these scenes of murder and betrayal, portrayed on Judgment Day, certainly indicate that Turner was pondering his own death, and suggest a dark theme to the painting.  However, that is not what I see in this painting.  The most striking feature for me is intense effects of light that Turner rendered.  Michael is swathed in golden light that swirls around him, and the rich gold of his robe heightens this effect.  In the sky the clouds and sunlight arc over the painting, indicating the pale, clear sky just beyond them.  To me this is a hopeful painting, about the  persistence of life in the world.  The extreme beauty of the piece is quite powerful and Turner's brush put to such light is nothing short of rapturous.

Thanks for reading, and I hope you've enjoyed my first one hundred posts.
Posted by David B at 9:36 PM