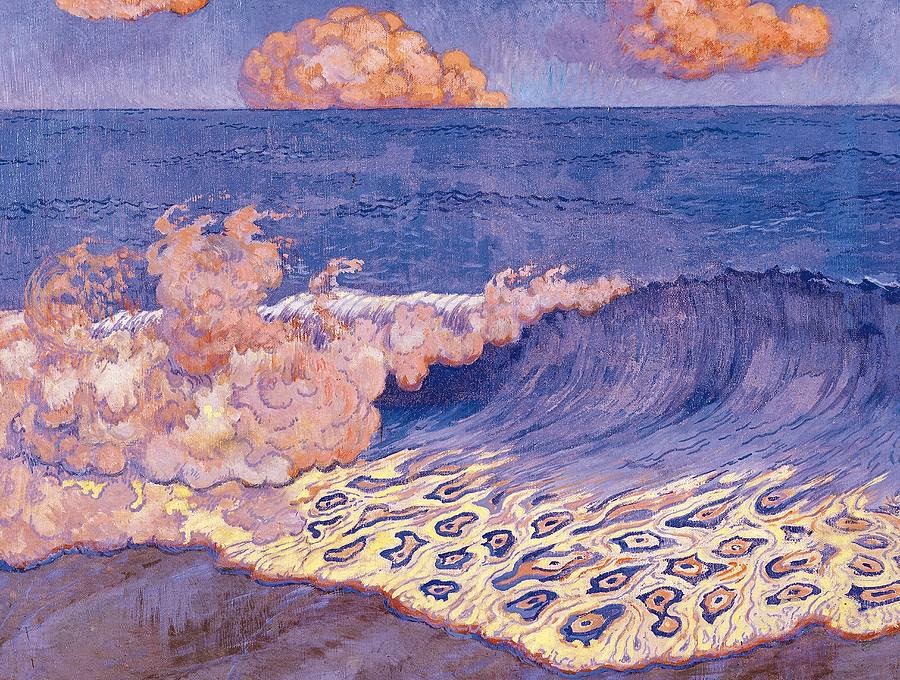 Georges Lacombe (1868-1916) was a French artist and a member of Les Nabis.  Les Nabis were a group of avant-garde French artists who worked mostly in a symbolist aesthetic, but their overall style can be seen as a combination of Impressionism and Art Nouveau, with the members also working in the graphic and decorative arts.  Georges Lacombe was mostly noted for his sculpture, considered the sculptor of the group, to the point that his painting was largely overlooked. Nevertheless, he was an accomplished painter, mostly portraying genre scenes (heavily influenced by Gauguin and Matisse) and Asian-inspired landscapes.  This particular seascape is done in tempera, which accounts for the slightly chalky look of the colors.  Lacombe created fascinating shapes in this scene, particularly in the foam that has reached the beach, but in the crest of the wave as well.  The thickest part of the wave, on the right, mirrors the shapes of the clouds quite thoroughly.  Lacombe also managed to suggest interesting plays of light by using pink instead of white on the wave and clouds.  The combination of movement and stillness that Lacombe expressed is quite Japanese, and also quite beautiful.
Posted by David B at 7:54 PM