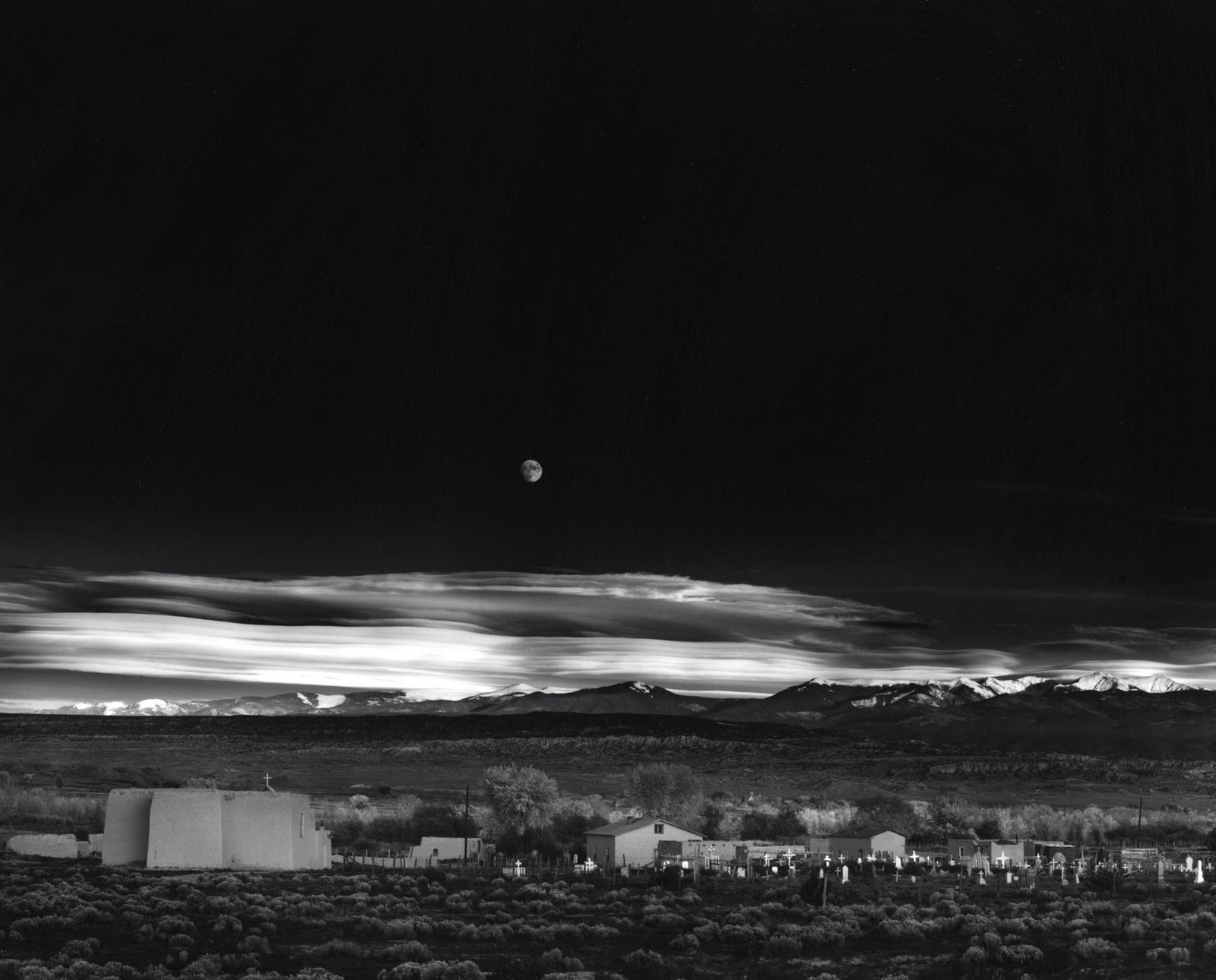 Ansel Adams (1902-1984) is one of the best known American photographers, and his recognizable style has become quite prevalent in American culture.  He is known for his intense landscape photographs, usually of the American West, and especially Yosemite National Park. Adams achieved his distinctive style through careful observation of his subject and calibration of his equipment.  Along with Fred Archer, Adams developed the Zone System which is a much more involved approach to every element of photography, and created a systematic approach for determining the optimal camera placement and settings for a particular subject to achieve the ideal exposure and contrast.  Using the system, Adams produced photographs of great clarity and visual (and emotional) depth.  His pictures looks simultaneously incredibly real and somewhat fantastical.  Moonrise, Hernandez, New Mexico is one of Adams' most popular and celebrated photographs.  However, Adams stated that he considered it a rather ordinary photograph, but the negative was precious because he was only able to capture one shot before the light changed and he lost the scene.  One of the things that interests me about this photograph is the scale of the scene.  Most of the piece is taken up by the deep, black sky, with the small spot of the moon hanging in the black.  A thin band of clouds hangs over the mountains and field.  The settlement looks positively dwarfed by its surroundings.  This image was taken at twilight, which is how Adams captured both such a dark sky and such luminous clouds at the horizon.  We can even possibly determine the location of the setting sun, just left of center where the sky is the brightest. Adams was also a vocal environmentalist, and this piece integrates some of those ideals.  This photograph speaks quite eloquently to the vastness of nature and our minuscule place under the immense sky.
Posted by David B at 6:06 PM