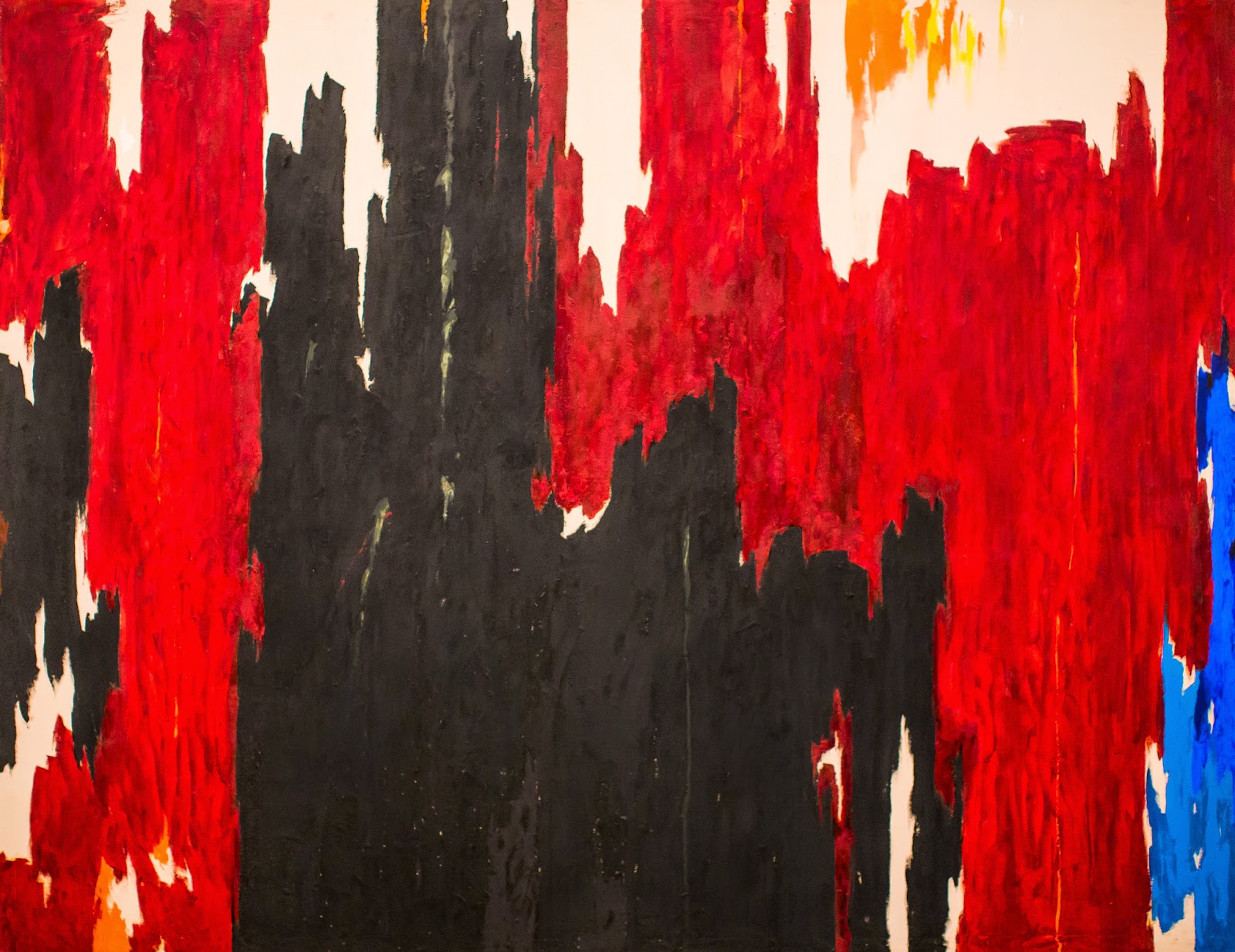 Clyfford Still (1904-1980) was an American painter and a leading figure in Abstract Expressionism. He was born in North Dakota and grew up in and around Spokane, Washington.  Unlike most major painters of the period, who all migrated to New York City throughout the 1930s, Still remained on the West Coast for his studies and development.  He did briefly take classes at the Art Students League when visiting New York, but he returned to Spokane University for most of his schooling. Many of Still's early works were deeply concerned with the farmers and workers made destitute by the Great Depression.  Still shifted to using pure abstraction several years before other Abstract Expressionists, between 1938 and 1941.  Throughout his career, Still shows the influence of Native American culture and imagery.  It is evident in many of his large-scale Color Field works, and it is present in the painting I am featuring today.  This piece is in the Metropolitan Museum and I urge anyone able to go see it, because the effect is remarkable in person.  The image I provided at the top of the post is the only decent sized image I could find, but the color is actually more similar to this low-quality image.  With the colors less bright it is even easier to see the Native American influence, and also gives the painting a very different feel.  It is darker and heavier with that purpler red and the painting seems to contain a sadness.  Still's arrangement of color is much less orderly than other Abstract Expressionists, like Mark Rothko and Barnett Newman.  Still's pantings looks like violence has been done to them, even if it is only the violence of applying paint.  The jagged edges and torn effect gives the works a different kind of intensity. His pieces also often suggest natural forms.  Untitled is an incredibly imposing piece, due in part to its size; there is a sense of being enveloped in these swaths of color and the painting's presence is palpable.  Still continued to work in this style until the last years of his life, always demonstrating great energy and vision.
Posted by David B at 7:45 PM