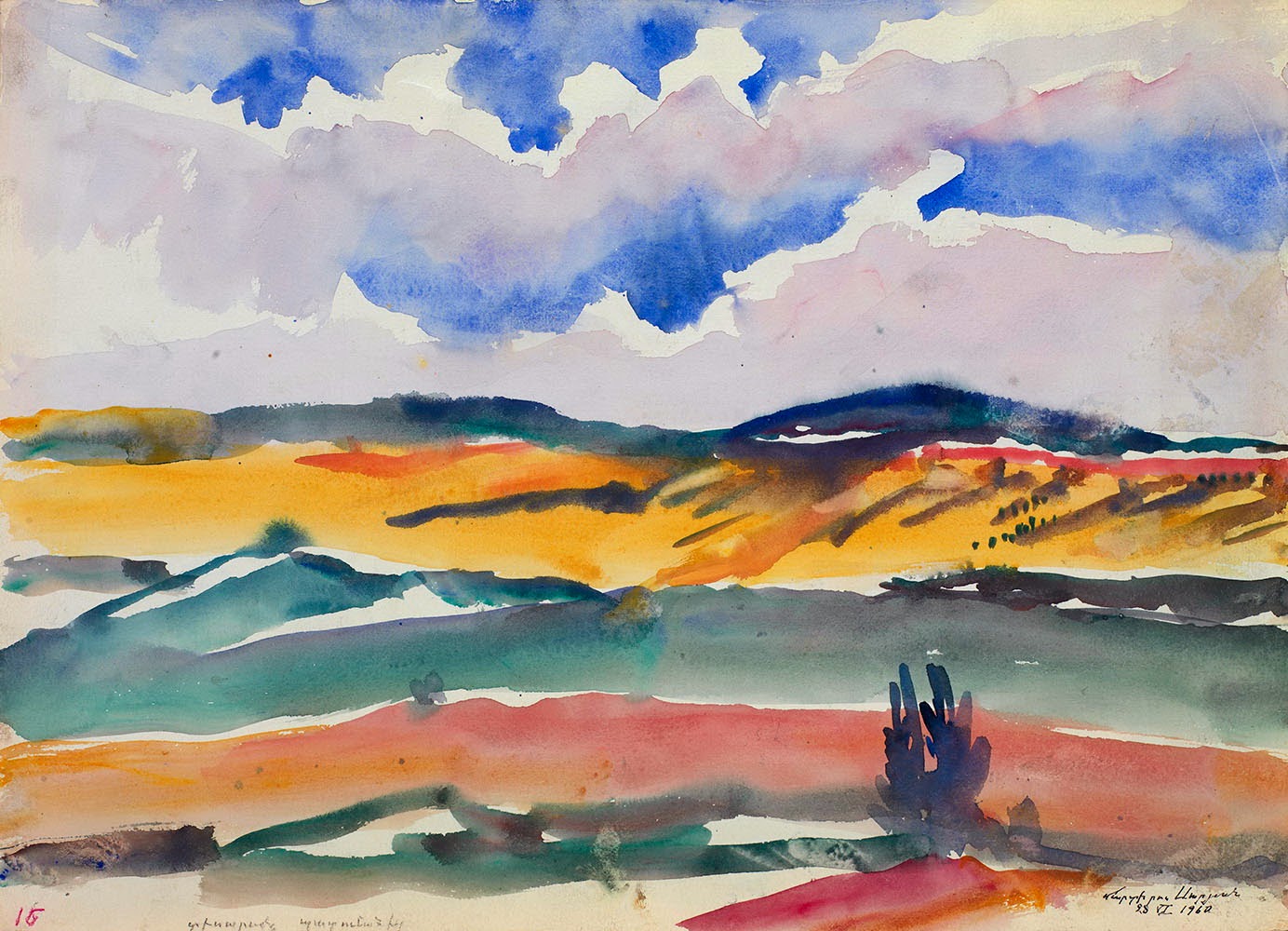 Martiros Saryan (1880-1972) was a major Armenian painter who was a seminal cultural figure and founder of the Armenian National School of Painting.  Born to an Armenian family in southwest Russia, Saryan attended the Moscow School of Arts, where he was heavily influenced by both Russian and Western European painters, particularly Gauguin and Matisse.  Having first visited Armenia in his early twenties, it was there that Saryan created his first significant work.  As his career progressed, and he continued to travel, Saryan experimented with Expressionism to great effect.  Saryan returned to Armenia periodically, such as to aid refugees of the Armenian genocide, but did not move there permanently until 1921, when it was part of the Soviet Union.  In the 1930s, Saryan's fame continued to increase, and he received many awards and honors, including the Order of Lenin.  Throughout his career, Saryan panted mostly landscapes and poartraits.  Scene from the Train Window is a fascinating landscape, a later work that shows Saryan's development.  The piece shows the influence of Russian and French painters, German Expressionism, as well as American Modernism (such as the desert paintings of Georgia O'Keeffe).  The vibrant swaths of color, applied rather loosely, give the painting an intense presence.  We can picture this scene passing rapidly by the window of a train that the title alludes to, as the artist struggles to capture it in an instant.  Behind the colorful and perhaps fantastical mountains, a sky of traditional blue and white appears, grounding the piece in reality and lending credence to the coloration of the mountains.  These disconnected bands of color join to form a highly evocative painting that seems to contain all of Saryan's rich experiences.
Posted by David B at 9:55 PM