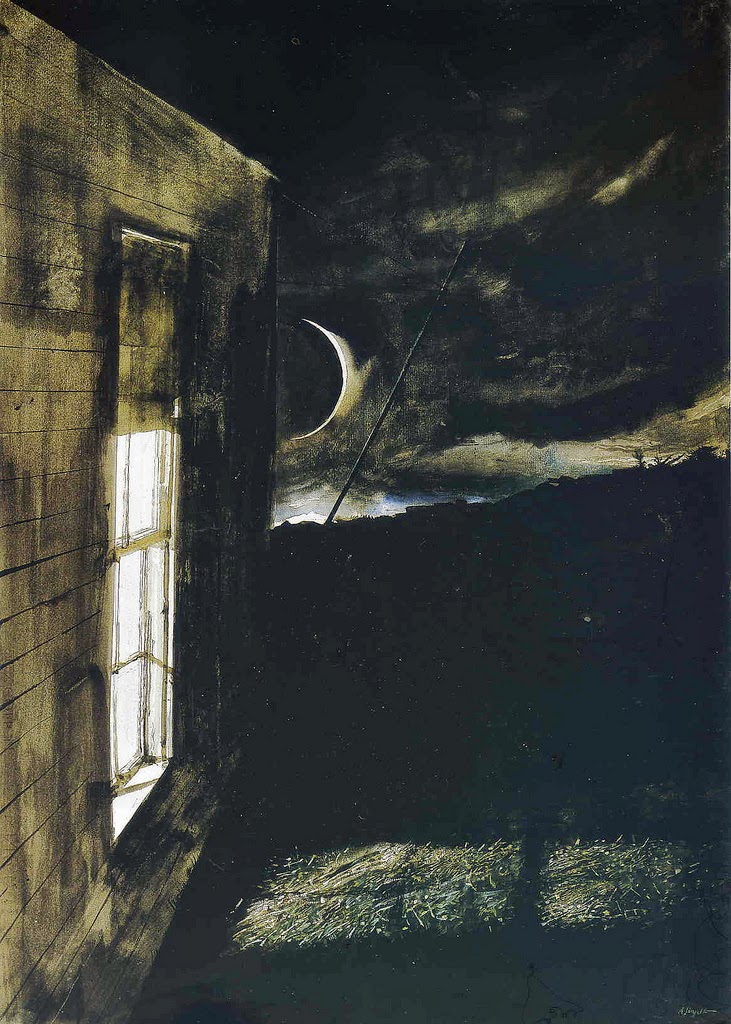 Truth be told, I am not sure what the title of this painting is.  Almost everywhere I find it, not title is listed.  One place called it Crescent Moon and I went with it, even though that is most likely not the correct title.  Logically, I probably should have chosen a different piece, such as the similar Crescent, or the famous Christina's World, or perhaps Refuge from the well known Helga series.  All of these paintings are beautiful, but I like my choice best.  Andrew Wyeth (1917-2009) was an extremely successful American artist, best known for his regionalist paintings that depict the rural landscape and life of his hometown in Pennsylvania and his summer home in Maine. Wyeth had a stark, frank style that made his work relatable to the viewer, and often with a certain cast of sadness.  The painting I chose is an excellent example of Wyeth's skill, in his representations of the rolling clouds, the individual blades of grass, the distressed wood, and the effect of the unusual lighting on the whole scene.  There is an air of mystery here, curiosity of what lies beyond the square of window light.  The moon is such a thin sliver, just before or after the new moon, yet is very powerful, drawing the eye toward it.  The scene is quite simple, but Wyeth makes it exceedingly engaging.