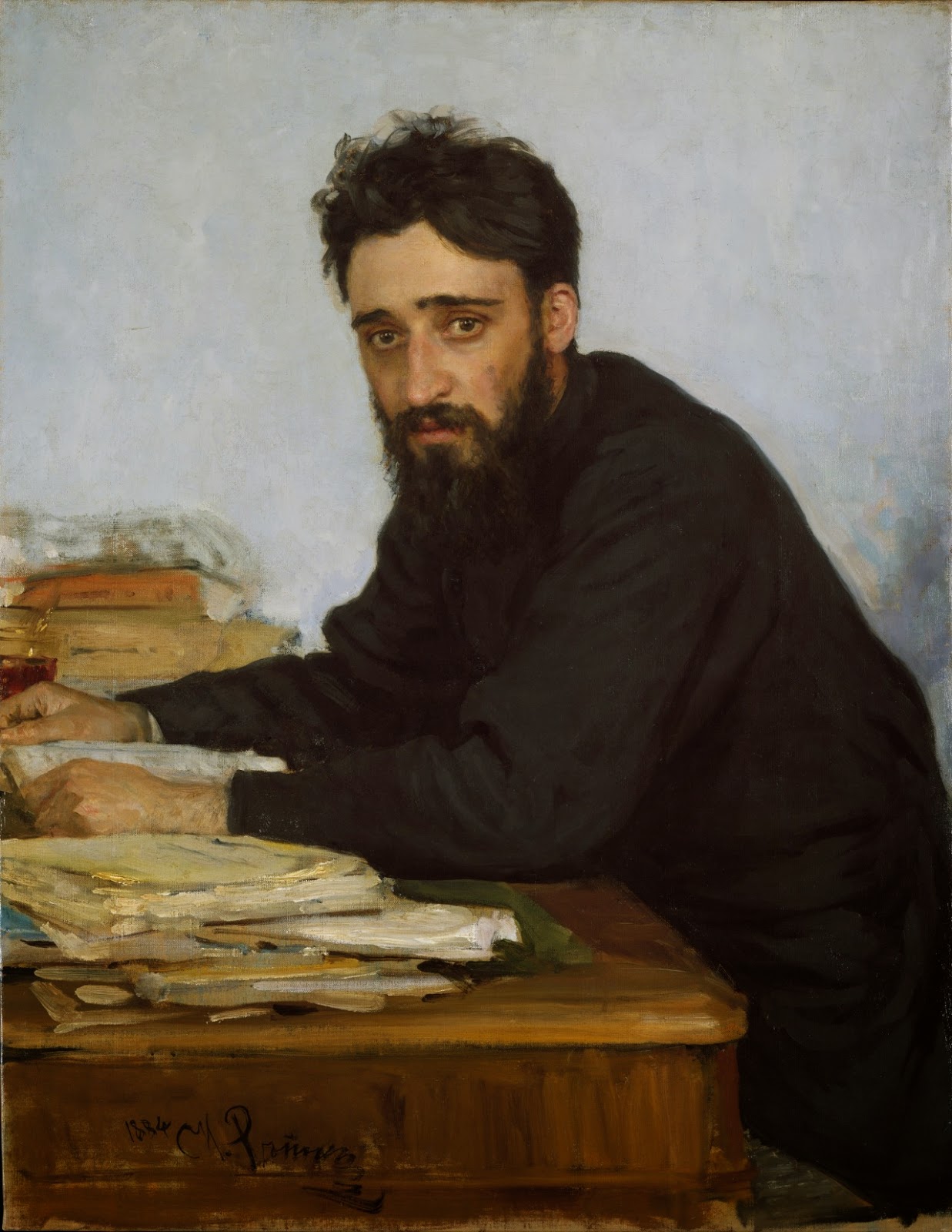 Ilya Efimovich Repin (1844-1930) was the foremost Russian artist of the nineteenth century, and occupied a towering cultural position comparable to Leo Tolstoy (whom Repin painted in 1887). Repin was also a crucial figure in the dissemination of Russian art to the rest of the world.  He is best known for his large scale history paintings, but worked in a variety of genres.  The portrait of Repin's friend, Vsevolod Garshin quite haunting in its beauty; it hangs in the Metropolitan Museum of Art and I was drawn to it from several rooms away.  Garshin was a short story writer who served in the Russo-Turkish War.  Although he was made an office at the end of the war, Garshin resigned his commission to devote himself to literature.  He was quite tormented by the horrors he had witnessed and participated in on the battlefield.  Garshin carried deep compassion and empathy for all people and his stories reflect this virtue.  It is this quality that Repin captured with such skill.  Garshin looks directly at the viewer (or at Repin during the sitting) with all the sensitivity and sadness through which he entered the world.  Repin's earlier study of Garshin shows the writer in a very different pose, and it is clear why Repin chose this final version.  Although the profile in the study shares the same emotional substance, it does not reach the extreme force of the portrait.  As Garshin sits hunched over his desk, surrounded by the tools of his trade, he has looked up from his work and we are met with a gaze of such intensity that it is difficult to look away.  The sorrow that appears in that expression is heartbreaking, but the intense kindness of this man is present as well.  The combined sensitivity of these two great artists is extremely powerful and results in a painting of great beauty and complexity.  Sadly, Garshin could not bear the weight of his pain and committed suicide four years after this painting was made at the age of thirty-three.
Posted by David B at 9:09 PM