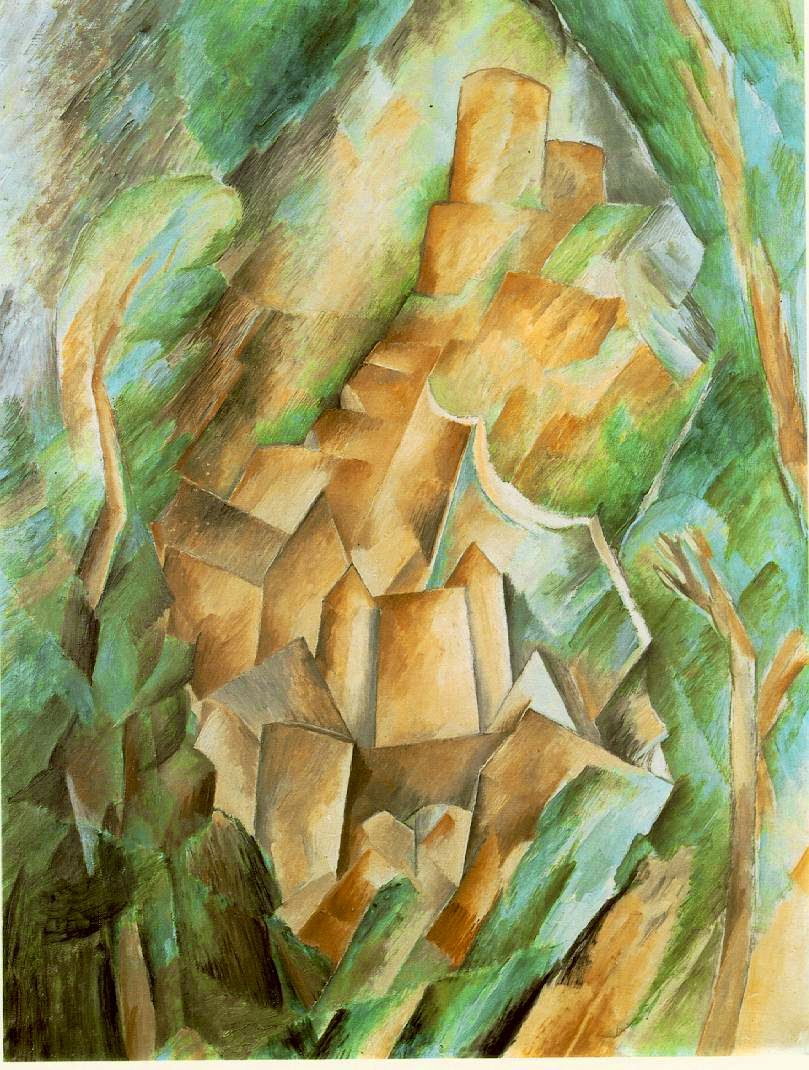 Georges Braque (1882-1963) was a crucial figure in the development of modern art in the early twentieth century.  He contributed significantly to the Fauvist movement and, along with Picasso, invented Cubism.  The Cubist movement was founded between 1907 and 1911, but by which artist and  through which painting is not entirely clear.  Both Picasso and Braque were moving toward the style for several years and their work leading up to Cubism is termed Proto-Cubism.  Castle at La Roche-Guyon is Proto-Cubist, but is a step toward Analytical Cubism.  It certainly goes further than Braque's previous pieces.  Braque began his Cubist explorations with architecture, reducing buildings to a form approximating a cube, and then using shading to make the building appear simultaneously flat and three-dimensional.  Perhaps Braque's earliest use of the technique is 1908's Houses at l'Estaque.  The approach is also evident in an earlier version of the scene in today's piece.  What sets Castle at La Roche-Guyon apart from these earlier Proto-Cubist works is that Braque extended the technique beyond the architecture.  We can see the same Cubist forms in the landscape surrounding the castle, especially in the lower left corner of the painting.  The differentiation between the building and the landscape is even blurred on the right.  I find this painting quite fascinating, largely because of its intermediate position.  It contains much of the innovation of Cubism, but retains clear figuration and the coloration that Braque began to move away from in his best known works.  Another piece with a similar balance of landscape and Cubism is City on the Hill, also from 1909.  These pieces show how Braque moved from his Impressionist beginnings, through Fauvism, and to the Cubism that defines his legacy today.
Posted by David B at 8:01 PM